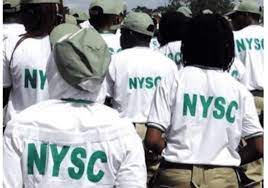 Performing the inauguration, Fadah thanked the state governor for his magnanimity, and named the facility as ‘His Excellency Nyesom Ezenwo Wike Hall’.

Fadah disclosed that there is no NYSC camp across the country that has such auditorium provided by Wike to the camp in Rivers State.

“Governor Wike had done a lot for us. This occasion offers us a unique opportunity for appreciating your numerous people oriented projects. It is also heartwarming to note that the state government under your able leadership has done a lot for NYSC.

“You renovated corps’ hostel and official residences and the multipurpose hall. You constructed drainages, reconstructed the burnt dining hall, restored the payment of monthly allowances of corps members to Rivers State. You restored payment of running cost to the secretariat among other support,” he stated.

Earlier, Wike said his administration was delighted to improve the poor condition of facilities used by members of NYSC in their camp.

The governor observed that members of NYSC, ‘who are humans’, do not need to be subjected to facilities that dehumanise them while serving in the state.

According to him, “The first  day I came here and saw the poor state of the facilities in the camp, I said how could we allow graduates-those of them who have first degrees, second degrees, even PhDs-to be camped in an area that is not worthy for humans to stay.

“We tried by starting to build hostels for them. We built a kitchen for them but it was vandalised by criminals. I had to send people to rebuild the kitchen for them. Look at the landscaping. We have done all the internal roads here.”

The governor noted that some people had said NYSC is a federal agency, but he had asked to know who the members of NYSC posted to the state are serving.