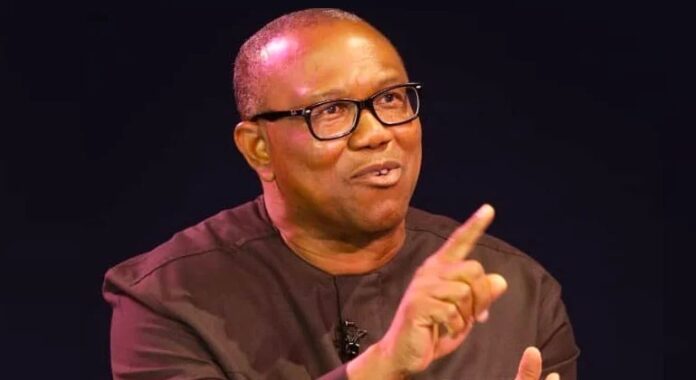 An Anambra State senator, Annie Okonkwo, has stated that Nigerian youths have anointed the presidential candidate of Labour Party, Peter Obi, to break the yoke of corruption in the country.

Okonkwo stated this on Tuesday night when he chaired the reception for Obi in Los Angeles, California, United States.

This was contained in a statement by Okonkwo’s media adviser, Collins Steve Ugwu, made available to source on Saturday.

Making his remarks at the Beverly Hilton venue, attended by global diasporas, Okonkwo noted that God and man have chosen Obi to take back Nigeria.

“To take back Nigeria to work for Nigerians is a task which time has come, and the reason every guest is here to hear Peter, whom God and man has found fit and ready to do the tough job,” Okonkwo said.

He added, “I state with responsibility and civic experience, that given the fever of excitement to this unique team, never seen in our recent campaign history, our energetic youths have ‘anointed’ Peter to break the yoke of corruption and senile leadership in Nigeria, and that shall be done deservedly.

“Leadership afflictions and corruption insanity are pulling people together around the ‘mantle of fidelity in governance’ that Obi has raised and preserved. That is a great cause to proudly support.

“But I must caution that there are works to be done and keep doing, to assure the guaranteed outcome is accomplished.”

Okonkwo, who represented the Anambra South constituency from 2007 to 2011 noted that he can testify of Obi’s capacity to govern the country.

He said, “I was a Senator in a different party; same time in Anambra state when Obi was governor, and I can confirm that the state is, unarguably, the toughest state to govern in Nigeria.

“Yet Obi raised the bar of governance there exceptionally, by making integrity, character and prudence his unshaken performance parameter.

“The results became so visibly commonplace that nobody was clapping, because he had no ‘shishi’ for celebrations. That is the state with the highest concentration of billionaires in Nigeria, with very lean tolerance for attitudes in the gallery.

“He was instead labelled and sneered at, kicked and knocked viciously, but the Rock (Okute) kept focus.

“Today, Nigerians have recognised him as the thermometer for accountable governance.