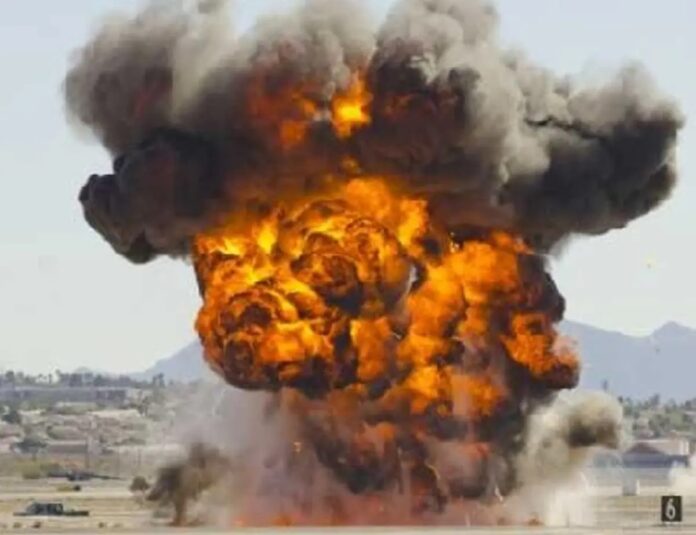 A tanker carrying petroleum product crashed into a ditch in the neighborhood of Nkwelle Ezunaka, close to Onitsha, Anambra State, on Saturday, causing a fire incident.

According to an eyewitness, the tanker driver lost control and fell into the ditch, thereby spilling its content which resulted in a wild outbreak of fire in the area.

It was gathered that residents fled their homes for fear of being engulfed in the flame.

Firefighters deployed in the area were chased back by irate mob, who protested their delay in arriving at the scene.

Confirming the incident, the fire chief, Anambra State Fire Service, Mr Martin Agbili, lamented the poor attitude of members of the community towards the firefighters.

Agbili, however, said police operatives and members of Nkwelle Ezunaka community vigilante were able to render assistance that helped the firefighters to return and do their job.

He added that two persons who were involved in pelting stones at his men have been arrested, while others had fled the scene.

He said, “It is very unfortunate the ugly actions of people towards firefighters and fire service.

“My men and the first fire trucks got to the fire scene of T-Junction, Nkwelle and people started throwing stones at them. People should understand that fire service is only coming to render help when there is a fire outbreak and they are not the cause of the fire.

“Having engaged the Nigeria Police Force and the Vigilante, two persons among those that threw stones on my men have been arrested and some identified ones are still on the run.

“The team of Nigeria Police and Local Vigilante led my men back to the fire scene. Our firefighters and fire trucks are back at the fire scene again to complete the fire fighting operation, and finally, the fire has been controlled.