SEND OUR CHILDREN BACK TO SCHOOL-KALU URGES ASUU, FG 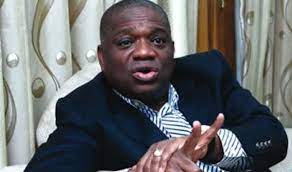 Universities and the federal government have been urged to rally around and close ranks so that Nigerian students will leave the streets and go back to classes.

The Senator representing Abia North at the National Assembly, Orji Uzor Kalu, made this plea on Tuesday in a statement on his Facebook page.

He expressed his sympathy for Nigerian students “who against their will are out of school due to the ongoing ASUU strike”.

He said, “I call on the universities and federal government to rally round and close ranks so that our students will leave the streets and go back to classes.

“I sympathise with the students who against their will are out of school due to the ongoing ASUU strike”.

The Senate Chief Whip remembered the past, stating, “while I was the Governor of Abia state (199-2007), primary to university education (in the state) was made free and affordable.

“My government invested a lot in education to encourage people to go to school.

He added, “Incessant strikes lead to delays in students’ graduation and slows down their life plans and life pursuits”.