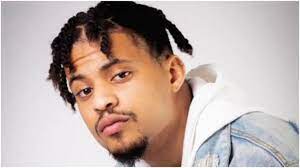 After the crash on Tuesday morning, the former BBNaija Season 3 contestant is reportedly fighting for his life in severe condition.

His colleague, Alexandra Asogwa aka Alex Unusual announced the incident on Twitter.

Alex coveted prayers from all and sundry as she stated the doctors were still trying to revive the 25-year-old media personality at the time she left the hospital.

“Good morning sweethearts. Please put @iamricoswavey in your prayers today. He was involved in a ghastly accident hours ago and the doctors are still trying to resuscitate him as I just left the hospital. It’s really critical. I’m staying positive,” Alex tweeted.