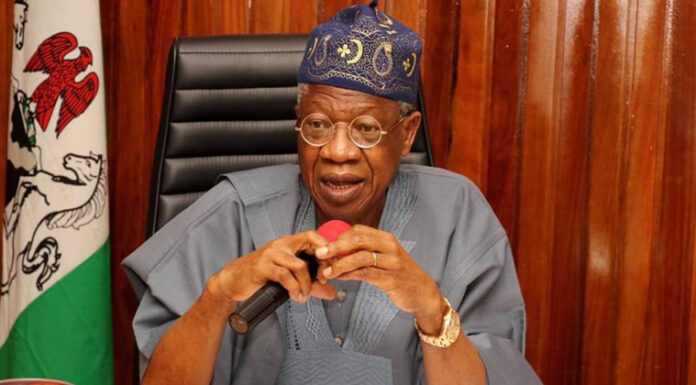 Nigeria’s Minister of Information and Culture, Lai Mohammed has said that the Peoples Democratic Party (PDP) will loot the nation’s treasury if given the opportunity to rule.

Mohammed made the remark in reaction to the controversy over the return of N122.4 million by members of the PDP’s national working committee (NWC).

Speaking on Thursday in an interview with NAN in Arusha, Tanzania, the minister said the PDP has not yet learned its lessons.

“If a man can steal from himself, he will steal without any restrain from other people,” he said.

“When PDP lost elections in 2015, they admitted that they had learnt their lessons, but obviously, they have learnt nothing.

“God forbid, if they ever have access to public purse again, they will leave no kobo there. We know what we met when we assumed office in 2015, we are still wailing from it.

“We hope Nigerians have now seen from this scandal the intention of PDP if they ever have access to public treasury.”

Mohammed said the party should be questioned on the source of the funds shared, adding that as a member of the NWC of the APC, no money was ever paid into his account.

“Never did I remember that any form of money, call it, accommodation, or whatsoever, was ever paid into the account of any member of the NWC of either ACN or APC,” he said.

The minister is in Arusha for the 65th meeting of the United Nations World Tourism Organisation (UNWTO)’s Commission for Africa.