Nigerians are trapped in an economic nightmare-CAN 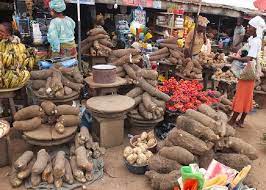 The Christian Association of Nigeria (CAN) in the 19 northern states and the Federal Capital Territory, Abuja, claimed on Thursday that because of the All Progressives Congress (APC) administration’s poor economic performance, Nigerians were living in hell.

According to the organisation, millions of Nigerians are now living in such utter poverty and hunger that they can hardly afford one square meal per day.

All of them, according to the northern CAN, continue to be the recipe for “criminality and crime,” which have an adverse impact on both healthcare and education.

As the general election in 2023 drew near, the religious organization expressed worry that those who mismanaged the economy were using hunger as a weapon.

Due to the fact that “no politician is worth dying for,” the northern CAN urged Nigerians to ensure that the general election in 2023 will take place in a peaceful environment.

This was said in a statement made following the conclusion of the two-day Kaduna National Executive Council Meeting of the northern CAN.

Both its Chairman, Rev. Yakubu Pam, who serves as the head of the Nigerian Christian Pilgrim Commission, and its Secretary General, Elder Sunday Oibe, jointly signed the communique before it was made available to the media on Thursday.

The communique read, “The NEC of CAN in the 19 northern states and the Federal Capital Territory, met on September 4-5, 2022, in Kaduna. The meeting was presided over by the Chairman of Northern CAN, Rev. Dr. Yakubu Pam.

“The meeting deliberated on a wide range of issues affecting Christians in the North and the state of the nation. Some of the issues deliberated upon include the harsh economic situation in the country which had brought about mass poverty and hunger among millions of Nigeria; the 2023 general election; insecurity; and the prolonged strike by the Academic Staff Union of Universities and the Federal Government.

“Our weak economy has thrown millions of Nigerians into abject poverty and hunger. Life is becoming a living hell as people struggle to make ends meet. Almost on a daily basis, prices of food and essential items are on the increase. Many families can barely get one square meal in a day. There is no denying the fact that there is poverty and hunger in the land. The reality on the ground is evident for all to see. Poverty and hunger affects all spheres of life. It fuels criminality and crime; it affects education; it affects quality healthcare. Hunger affects citizens political choices.

“Already, those who mismanaged the economy are using hunger as a weapon as the 2023 general election approaches. We call on governments at all levels to address the problem of poverty and hunger in Nigeria.

“We call on Nigerians to ensure that the 2023 elections are conducted under peaceful atmosphere without rancour. Election is not war. No politician is worth dying for. No one should take the laws into his or her hands. The Independent National Electoral Commission should ensure that the elections are free, fair and credible.

“We call on the President, Major General Muhammadu Buhari (retd.), to ensure peaceful transition at the end of his tenure in 2023. That is the enduring legacy he will leave behind.

“Political actors must play politics according to the rules of the game, devoid of rancour. Party leaders, flag bearers, party members, supporters and fans must conduct themselves with decorum and focus their campaigns on how they intend to address the myriads of problems bedeviling the country. They must not engage in any act or conduct that can incite violence or constitute a breach of the peace anywhere during their campaigns.

“Northern CAN also wishes to call on the youths not to allow themselves to be used as instruments of violence by any politician. Note that the children of some of these politicians who recruit the youths as thugs, are schooling abroad. Parents should caution their children against being recruited as hooligans by politicians.”

Northern CAN also voiced its serious concern for the ongoing ASUU strike and urged the FG and university lecturers to overcome their disputes for the good of the country and the children’s future.

Association applauded the brave military and other security forces for their continuous efforts to eradicate bandits, terrorists, and other criminal groups wreaking havoc on Nigerians, particularly in the North.