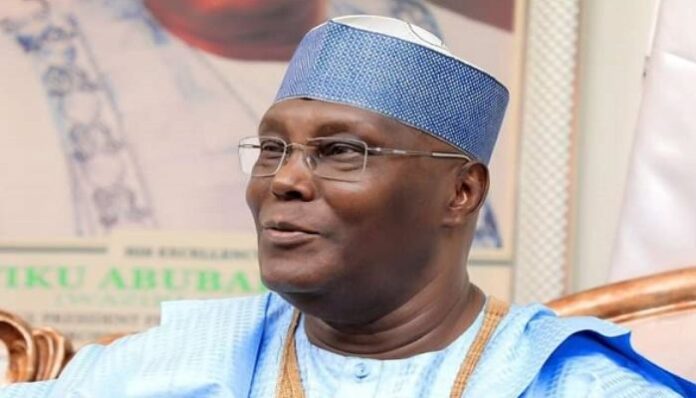 The Peoples Democratic Party (PDP) criticized the All Progressives Congress (APC) for what it referred to as an attempt to implicate Atiku Abubakar, its presidential candidate, in ethnic and tribal politics.

The PDP presidential candidate made a comment during a stakeholders’ meeting in Kaduna State on Sunday that the APC went so far as to intentionally misrepresent, doctor, misread, and take out of context. The goal was to damage the candidate’s reputation as a pan-Nigerian leader.

The statement signed by the party’s National Publicity Secretary, Hon. Debo Ologunagba, in Abuja, “For clarity and avoidance of doubt Atiku Abubakar remains a Pan-Nigerian leader; a symbol of national unity, cohesion and tolerance who is comfortable and loved in all parts of the country.

“He had never and will never set any part of our country against the other as being mischievously hyped by the APC.

“To set the record straight, the PDP Presidential Candidate, in responding within the context of the question put to him at the event noted that he had built bridges across the country and that what Nigerians including an average northerner need was a Pan-Nigerian leader and not an ethnic champion.

“Of course, Nigerians are wise and can fully understand the contextual import of the statement by Atiku Abubakar which is that what Nigerians need is a competent and Pan Nigerian leader and not a regionally inclined individual.

“We know that the APC is jittery over the overwhelming popularity of Atiku Abubakar across the nation because of his focus on issues that will improve the lives of Nigerians and as such the APC is desperate to smear his Pan-Nigerian standing.

“Moreover, Nigerians know that if there is any Party that has inflicted discord and strife of a worst kind in our country, it is the divisive APC which has violently balkanized our nation and brazenly elevated nepotism, tribalism, ethnicity and sectional chauvinism as official Policies of State.“

Ologunagba further said, “It is the APC which mobilized thugs and hoodlums in Lagos State recently to attack persons of other ethnicities at INEC registration centers. Nigerians have not forgotten how APC leaders evicted people of other ethnicities and threatened to chase them to the lagoon for supporting other parties in the 2019 general elections circle.

“Under the APC, Nigeria became so divided that sectional self-determination agitation escalated with many regions establishing their own quasi-security outfits in total loss of faith in the APC administration.

“The APC is a party of shameless treasury looters, selfish power grabbers and incompetent lot who must not be allowed to stay a day longer in office beyond May 29, 2023.

“The PDP therefore calls on all Nigerians to disregard the APC’s shenanigans and remain focused on the PDP’s mission to rescue, reunite, rebuild and restore our nation on the path of peace, national cohesion and economic prosperity, which the Atiku/Okowa Presidential ticket represents.”