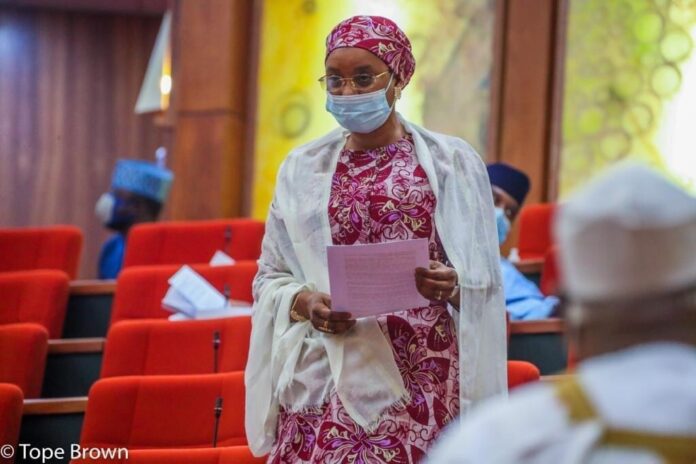 Senator Aisha Dahiru Ahmed Binani has,(female)  has shown her political dexterity by  beating   the former chairman, of the Economic and Financial Crimes Commission EFCC, Nuhu  Ribadu, to pick the All People Congress (APC) governorship ticket in Adamawa  state, as well as the immediate past governor of the state   Muhammadu Jibrilla Bindow, in the heavyweight contest.

According to Gambo, Binani garnered 430 votes, the highest in the election.