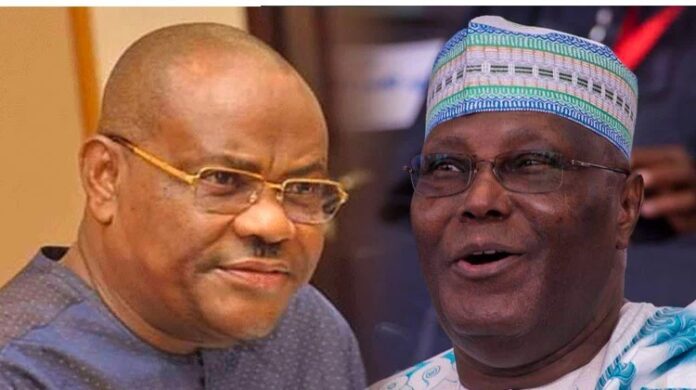 Nyesom Wike, the governor of Rivers State, claimed on Monday that Atiku Abubakar, the PDP’s presidential candidate, had disrespected him by choosing the state’s PDP presidential campaign nominees without consulting him.

The governor made the claim while inaugurating the PDP campaign council and the launching of the party’s governorship campaign office in Port Harcourt, the state capital, adding that Atiku selected “enemies” of Rivers into his campaign council for the 2023 general elections.

Wike stressed that the photos of Atiku and those of the PDP National Chairman, Iyorchia Ayu, have been missing from the state’s PDP campaign materials because they don’t want him to campaign for the party at the national level.

“I have never seen how people will disrespect a state like Rivers State and go and choose those who are enemies of the state without our contributions.”

Speaking on who he and his team will campaign for in the forthcoming election, Wike said they will only campaign for the party’s governorship candidate, the senatorial candidates, and others who carried them along.