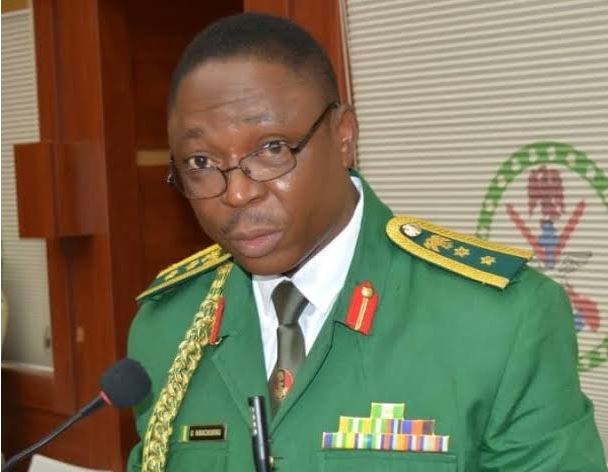 The Nigerian Army has said efforts are still ongoing to rescue a female officer, Lt. P.P Johnson, abducted in Imo allegedly by the proscribed Indigenous Peoples of Biafra.

The Director, Army Public Relations, Brigadier General Onyema Nwachukwu, stated on Friday in Abuja that the female officer was abducted on December 26 while visiting her grandmother in Aku-Okigwe in Imo.

That was shortly after the completion of her cadet training and subsequent unveiling as a lieutenant into the Nigerian Army, he added.

Nwachukwu stated that the video footage of her abduction had emerged on the social media where her abductors claimed her abduction was in line with their fight for Biafra against the Nigerian state.

The officer’s circumstance as a woman and a Nigerian citizen of southeastern extraction did not “dissuade her abductors from dehumanising her in their mindless attempt to commit atrocities under the guise of fighting for Biafra,” he added.

“This evidently is another pointer to the myriad of crimes being unleashed by IPOB/ESN on Ndi Igbo, the very people they claim to be fighting for their emancipation.

“It should therefore be crystal clear to those who are still in doubt of the true status of these groups, that IPOB and ESN are terrorists.

“They are masquerading as freedom fighters and do not deserve the support of anyone particularly the good people of South-East Nigeria.

Nwachukwu stressed that the video footage being circulated and associated with the rescue claim was an old video of the arrest of a suspect by troops.

“Much as we appreciate the concern and goodwill of the general public for her safe rescue, we also wish to note that the information on the rescue of the officer did not emanate from the Nigerian Army.

“The Nigerian Army will leave no stone unturned in its effort to rescue the officer and bring the perpetrators to book.

“We appeal to the general public to provide credible and reliable information that could lead to her safe rescue and arrest of the perpetrators,’’ Nwachukwu stated.