APC and PDP supporters battle in Zamfara, resulting in one death and 18 gunshot wounds. 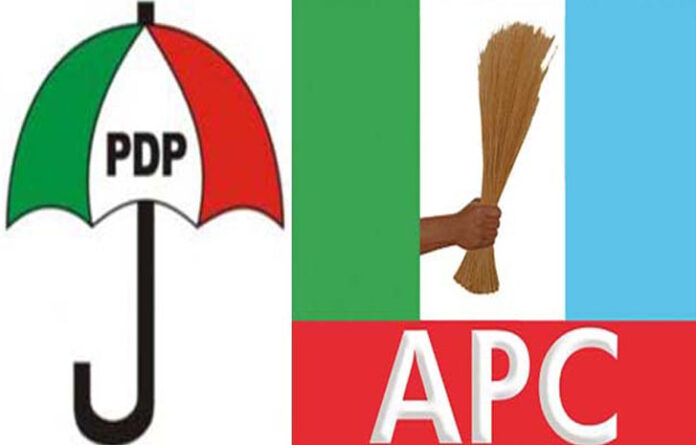 An altercation between some youngsters believed to be members of the state’s All Progressives Congress and Peoples Democratic Party resulted in the death of one man, while 18 others sustained gunshot injuries, according to the Gusau police command in Zamfara.

The Police Public Relations Officer, Muhammad Shehu, confirmed that the command had received a report of the killing, saying, “discreet investigation into the case has commenced aimed at ensuring that the perpetrators face the full wrath of the law.”

The PPRO’s confirmation followed an allegation by the APC that thugs suspected to have been hired by the PDP attacked and killed one man and injured 18 others without reason.

The APC’s allegation was contained in a statement issued by Yusuf Idris, Publicity Secretary, in Gusau on Saturday.

Idris said that, “It is highly disheartening and worrisome the attack with firearms perpetrated by PDP thugs.

“The thugs came as the PDP Zamfara Governorship candidate’s boys and shot at innocent youths who were carrying out their monthly sanitation work in GRA area of Gusau, the Zamfara state capital.”

He said that victims were attacked because they were APC supporters.

“We are calling for calm by the good citizens of the state who were angered by the thugs.

“We wish to call on both the state government and security agents to urgently fish out the culprits and bring them to book to prevent reprisals,” he added.

Idris urged security agencies to also uncover how and where the alleged attackers secured such dangerous firearms.

“A stitch in time, saves nine and a word is always enough for the wise,” he said.

Meanwhile, the state Deputy Governor, Sen. Hassan Nasiha, had visited the victims of the attack at the Specialist Hospital, Gusau to ascertain their condition.

Nasiha told newsmen that 18 youths were shot during the attacks.

He confirmed that one life was lost while 18 others sustained various degrees of bullet wounds.

Three of the victims with serious injuries from gun shots were seen being attended to at the specialist hospital.

Nasiha said it was the fear of such a breach of law and order that the Zamfara Government announced a halt on campaign activities and rallies by political parties in the state.

The deputy governor, however, said that the state government would investigate the matter and resolve on next line of action.

He assured of the government’s resolve to punish whoever was found involved in the attack.

Nasiha consoled with the victims of the incident and promised that the government would not fold its arms and watch that happen again.

Meanwhile, the PDP in its response, said that its governorship candidate, Dr Dauda Lawal-Dare, only had a meeting to receive defectors from the 14 local government areas of the state.

The party’s Deputy Chairman, Alhaji Murkhtar Lugga, said shortly after the event, that the party received 50 defectors from each of the 14 local government areas.

On the issue of halting rallies as announced by the state government, Lugga said PDP’s activity was within the ambit of the law and in line with the Electoral Act 2022 as amended.

According to him, the party was guided by the Independent National Electoral Commission’s guidelines and time table for rallies and electioneering campaigns.

“We have applied for security and the Commissioner of Police and the Commandant Nigeria Security and Civil Defense Corps deployed their men that ensured the successful activity of our great party,” he said.

Lugga expressed concern at the activities of some criminal elements who allegedly attacked some PDP youths during the event.

He claimed that two of its youths were also reportedly shot in front of the Campaign Office of Dr Dauda Lawal Dare in the state capital.

The PDP officials conducted newsmen around the emergency unit of the Specialist hospital where two victims with fractured legs and other wounds were also receiving medical attention.

Lugga, however, said that the party would investigate the alleged killing of an APC youth and injuring 18 others and take appropriate action.

The vice chairman said the party was a law-abiding institution, assuring that their activity did not go against the INEC guidelines.

“There was no information from the INEC halting political rallies or political events in Zamfara state,” Lugga said.