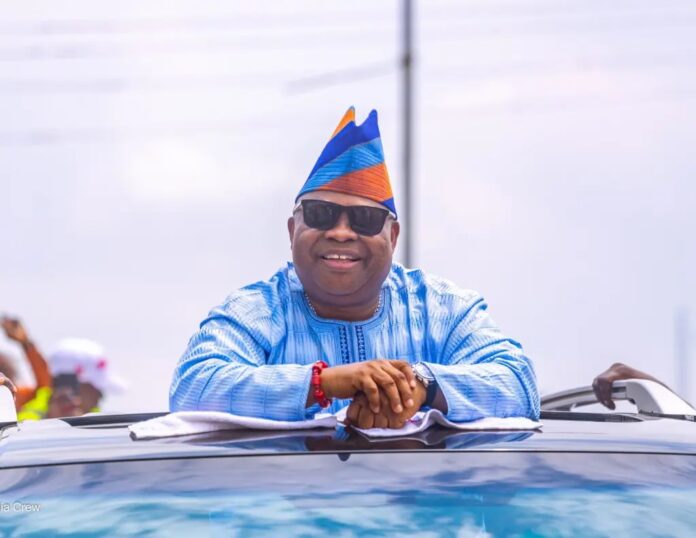 The Governor of Osun State, Ademola Adeleke and his deputy, Kola Adewusi, have taken the oath of office and allegiance.

The oaths were administered on both men by the Osun State Chief Judge, Adepele Ojo, at a well attended event.

Adeleke came into the venue in a long convoy of vehicles at about 11:20am and completed taken his oath at about 11:50am.

Also at the venue were: Wife of the PDP presidential candidate, Titi Atiku, Oluwo of Iwo, Oba Abdulrasheed Akanbi, and former Oyo governor, Chief Rashidi Ladoja, among others.