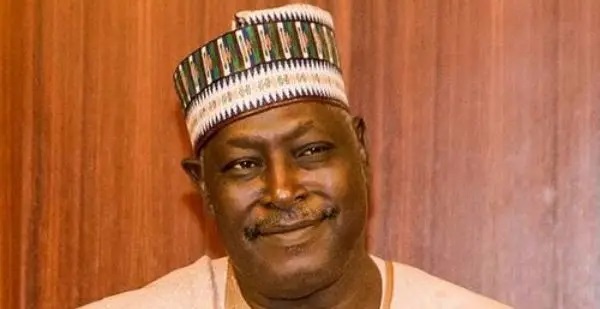 The group, who have openly opposed the same faith ticket of the Bola Tinubu and Kashim Shettima, issued a statement on Thursday announcing Mr Obi as their candidate.

The group, in the statement by the former Secretary General of the Federation, Babachir Lawal, denied endorsing the presidential candidate of the Peoples Democratic Party, Atiku Abubakar.

Mr Lawal stated that both APC and PDP are more or less the same thing.

He, therefore, highlighted seven reasons why the group decided to back the former Anambra State governor for the 2023 general elections.

He said, among other things, that a government of either APC or PDP will only be a recycling of the same class of people who have been running and ruining the country from independence to date hence it has remained static.

“The Obi/Datti will give us breath of fresh air and the greatest opportunity to redeem our country from the quagmire into which we have been plunged by a recurring group of self-centred reactionaries,” the statement said.

Mr Lawal and other APC leaders from the North backed Mr Tinubu during the APC primaries,but changed their position when he picked Mr Shettima, a Muslim and former Borno State governor, as his running mate.

The former Speaker of the House of Representatives, Yakubu Dogara, and Elisha Abbo, a senator from Adamawa State, also Christians, have all openly criticised the same faith ticket.

Mr Tinubu has maintained that the choice of the former Borno State governor is purely on competence and not based religious persuasion.

The statement in full

WHY WE HAVE CHOSEN TO ENDORSE THE OBI/DATTI TICKET

We wish to briefly narrate some few reasons among many why we have endorsed this ticket and commend it to all Nigerians of good conscience who desire justice, equity and a harmonious co-existence of all Nigerians across tribes, religion and geopolitical regions.

More over there is currently in circulation the fake news that I have thrown in my towel with the PDP. Nothing could be further from the truth.

To me the PDP and APC are different sides of the same coin.

1 The APC same-faith is a deliberate, well-calculated plan to sow the seeds of religious and social discord among Nigerians.

It is obvious that Northerners, in particular, are the intended targets and victims of this satanic plan.

It is an indisputable fact that the whole of Northern Nigeria is currently mired in several intractable socio-economic problems due to the activities of several nebulous criminal groups.

Agriculture, the mainstay of the northern economy, is all but abandoned because kidnappers and bandits have prevented people from venturing out of the safety of their homes.

Interstate and intercity travel for either business or leisure have all but ceased not only due to un-motorable roads but more so for fear of kidnapping, armed robbery and other forms of banditry.

Our rural schools have all but closed for fear of kidnappers. Government-owned universities have closed thus depriving the children of the already impoverished Northern masses access to affordable higher education.

Thus, our out-of-school and idle children have become easy targets for recruitment by bandits and kidnappers. And there is no solution in sight.

Then, out of nowhere this man Bola Ahmed Tinubu, a renown Yoruba-hegemonist, a man who championed the establishment of a Ministry of Regional Integration in each state government of the South-west geopolitical region which he bestrides as an emperor, and a man who was once quoted as saying “I do not believe in one Nigeria” (THISDAY, The Sunday Newspaper, April 13, 1997, page 9) comes up with a Muslim-muslim ticket knowing fully well that religion is the underbelly of Northern Nigeria.

APC’s same-faith ticket is a ploy to further sow discord among Northerners using the most potent weapon of social discord – religion.

As Karl Max once said – “religion is the opium of the people”. Nigerians from all shades of the society must see this Tinubu/Kashim same-faith ticket as a proposal from the pit of hell that can only be conjured by the most Machiavellian minds known to man and therefore must be rejected wholesome by all lovers of our country and its nascent democracy.

On the other hand, Alhaji Kashim Shetima, Tinubu’s Vice Presidential running mate is a man who once said “restructuring my foot, let’s restructure our minds”.

For eight years he presided over Borno State at a time when Boko Haram was overrunning the state almost at will and restructuring the minds of its victims against Christianity and western education.

The kidnapped Chibok and Dapchi girls and many more are now slowly trickling out of captivity in the Boko Haram indoctrination camps fully Islamized and carrying children born into Islam in captivity – a true example of “mind restructuring” if there ever was one.

There is also this little matter of an allegation of a very close relationship or otherwise between the Vice Presidential candidate of APC and Boko Haram! And, which Christian can forget one Kabiru Sokoto the alleged Boko Haram kingpin accused of complicity in the Christmas bombing of St Theresa Catholic Church, Madallah that resulted in 44 deaths and 77 injured Christian worshippers?

Or that the said Kabiru Sokoto was eventually arrested at his hiding place in the Borno State Government Lodge Abuja?

Are Christians not justified in being scared of a government run by these duo?

2. Surely, APC’s same-faith ticket is intended to shame Christians and bestow on them and their religion a second-class socio-political status in their own country.

In particular it is a validation of the discrimination and oppression being meted out on Northern Nigerian Christians where they are now denied employment, promotion, contracts, and admission to read prestigious and marketable courses in government-owned schools simply on account of their religion.

It is no wonder then that Alhaji Bola Tinubu thinks that the Bible is a book of jokes from which he can freely construct his “jokes” like his “Poisoned Holly Communion” and “Speaking in Tongues” jokes.

If he is man enough, I challenge him to ridicule the Holy Quran even once as he freely does the Holy Bible.

This guy has no respect for Christians and Christianity at all.

3 This APC ticket goes against the grain of Nigerian politics which in practice (if not in law) has always sought to achieve a religious balance in its politics and governance.

It is worth noting that all the other seventeen political parties fielding presidential candidates have gone the way of established conventions and practices by fielding different-faith tickets.

Truly except for its incitement to social disharmony, there is no sense at all in APC’s same faith ticket.

Furthermore, in our quest for justice and equity in the socio-political and religious space of the country, it is obvious that only the Obi/Datti ticket has the potential of speaking to the genuine clamor for power shift to the South-East and at the same time speak to the cry of marginalization by our people of the South-East.

Obviously, a Christian/Muslim presidency like the Obi/Datti one will be most appropriate at this stage of our political journey more so since we are now transiting from a Muslim/Christian presidency.

It will also achieve the regional shift of the presidency from the current NW/SW to a SE/NW presidency as popularly being canvassed .

This is justice; this is equity.

This is political engineering at its best and one that engineers peace and harmonious co-existence of the various socio-political and religious classes of our nation.

5 Nigerians should also resist the temptation of being ruled by the same set of courtiers who are recycling themselves, their children and their friends in a monarchal fashion, in and out of government to the exclusion of other segments of the society.

This trend has resulted in these disastrous consequences in which we now find ourselves – impoverished, unsecured, divided, severely underdeveloped and massively unemployed with a widening gulf between the rich and poor of the society.

A government of either APC or PDP will only be a recycling of the same class of people who have been running and ruining the country from independence to date.

Is it any wonder that Nigeria has remained static?

The Obi/Datti will give us breath of fresh air and the greatest opportunity to redeem our country from the quagmire into which we have been plunged by a recurring group of self-centred reactionaries.

6 There is a also this palpable fear and anxiety over a possible transition of the current presidency from one Fulbe to another – same tribe, same religion, same region, same courtiers.

This has given rise to a heightened fear of a possible perpetuation of a Fulbe hegemony in the country.

Besides, there is the perception by many Nigerians that the Fulbe are the main actors in the banditry and kidnappings currently ravaging the country.

Therefore, there is a widespread perception that another Fulbe-led government will not have the inclination or political will to address the country’s security challenges seeing as a majority of the perpetrators are its kindred.

There is also this perception that appointments by the current government are driven more by ethnic and religious cronyism than by Nationalistic considerations.

This has given rise to a fear of a possible perpetuation of this trend by another Fulbe-led government. Both APC and PDP presents us with these horrible options.

The Obi/Datti ticket possesses a great potential to wean us from these problems.

7 Finally, as the political campaigns advance towards the election dates, the tendency to divide the country along regional, tribal and religious affiliations is gradually beginning to manifest.

We can see very clearly that the APC having woefully failed in its original plan to instigate a form of jihad which it had sought through its same-faith ticket in order to capture the moslem votes, has now resorted to a tribal card.

The battle cry is now “it is our turn” tribal card in the South-West.

The PDP on the other hand, seeing new opportunities in APC’s failed jihad strategy is tending towards adapting both the religious and ethnic strategies of APC in the North.

Nigerians must be awake to these very dangerous campaign trends because any of the political parties that comes into government by pandering to ethnic or religious sentiments may not be able govern successfully and might further accentuate the social cleavages.

Men of good conscience should therefore look to opportunities that unite rather than divide us.

Only the Labor Party presents this opportunity.

Obi-Datti is the only way to go.

All other ways lead to perdition.