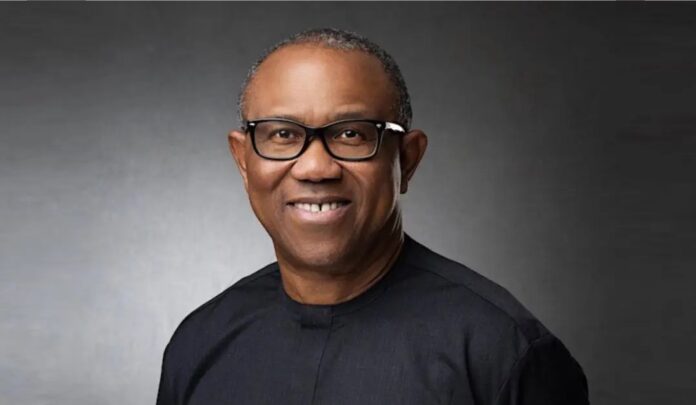 The SERG was reacting to comments credited to the spokesman of the Northern Elders’ Forum (NEF), Dr. Hakeem Baba-Ahmed, who told the people of South East not to blame anyone if the presidential candidate of the Labour Party fails to win the 2023 presidential election.

In a statement signed by the President and National Coordinator of the South East group, Chief Willy Ezugwu, the SERG noted that “a few South East elites may not be supporting the presidential bid of Peter Obi at the moment, just the same way political elites in other geopolitical zones of the country are standing against the overall interest of their own people for selfish reasons.”

According to the group, “the good people of the North should be assured that the voting masses in the South East region are in total support of Peter Obi”, saying that “there is no elected Nigerian President in the history of Nigerian democracy who had 100 percent support from elites in his zone during the electioneering campaign.

“We therefore call on Nigerians not misconstrue the opposing voices of a few selfish and envious political elites in the South East as the true position of home support for Peter Obi and Yusuf Datti Baba-Ahmed,” the group said.

Citing post-independence political alliances in Nigeria, the SERG maintained that “Nigeria was on the path of prosperity for all citizens irrespective of their geopolitical zones until the political alliance between the North and the Eastern region was truncated as a result of military incursions into Nigerian politics.

“We recall that Nigeria made tremendous progress when the great Zik of Africa, late Dr. Nnamdi Azikiwe and Dr. Michael Okpara entered into alliances with the North during their time as no region in Nigeria can produce the President of the country with any alliance.

“Even after the civil war, the alliance continued, producing the Alhaji Shehu Shagari and Dr. Alex Ekwueme Presidency, with Edwin Ume-Ezeoke as Speaker of the House of Representatives between 1979 and 1983.

“But when the military struck again in 1983, they remained in power until ethnicity, religion and political thievery, otherwise known as corruption, took over the national political landscape and worsened in the last seven years of the All Progressives Congress (APC) administration, spring hunger for real change among the populace.

“Like we have always said, Peter Obi presidential bid is a Nigerian project, not Igbo Presidency. It is a mission by the Nigerian citizens across the geographical regions to rescue the country from the grip a very minute pro-elites politicians who have kept majority of the elites and the Nigerian people in near perpetual hostages.

“This is the fact propelling the current Obidient Movement, which transcends tribal and political party affiliation.

“This why, as today, Peter Obi’s presidential candidature has been endorsed by virtually individuals and groups across tribes and political divides Arewa groups, Afenifere, Ohanaeze, PANDEF, Middle Belt Forum as well as Southern and Middle Belt Alliance, among many others across the country,” the SERG said.