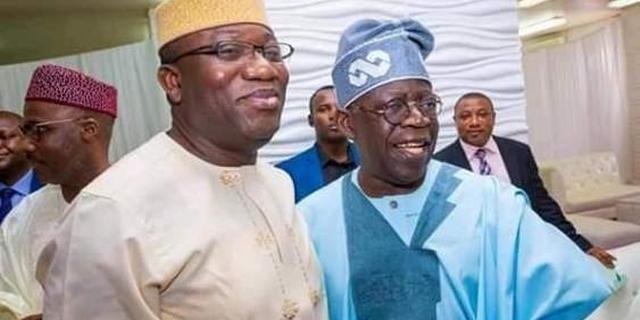 All Progressives Congress Presidential Candidate, Asiwaju Bola Ahmed Tinubu, has congratulated Ekiti State Governor, Dr. Kayode Fayemi, on his election as the President of Forum of Regions of Africa (FORAF), saying the honour goes beyond him as an individual and is for the entire country.

Tinubu praised Fayemi who is also Chairman of the Nigerian Governors’ Forum for enjoying the trust and confidence of his peers across Africa who deemed it fit and proper to make him their leader.

Asíwájú Tinubu said the Ekiti State governor had always demonstrated capacity and competence in handling any responsibility entrusted to him.

Governor Fayemi was elected as President of Regions of Africa after a conference in Casablanca, Morocco last weekend. He will lead the continental body till the end of his tenure as Governor of Ekiti State in October after which the next Chairman of Nigerian Governors’ Forum will take over.

The APC presidential standard-bearer said: “I warmly congratulate Dr. Kayode Fayemi on his election as the President of Forum of Regions of Africa.

“I am particularly happy that his peers across the continent found him worthy of this rare honour which goes beyond him as an individual.

“Dr. Fayemi’s emergence is another resounding recognition for Nigeria’s preeminent position in Africa.

“I have no doubt that Dr. Fayemi will justify the trust and confidence in him by his peers and provide credible leadership for the fledging organisation as it seeks to play its role in the development of our continent.

“I have known Dr. Fayemi for many years and his capacity for excellence is noteworthy. I am sure he will rally his colleagues across Africa to bring greater focus on issues that affect sub-national governments and rally them to assume greater roles and visibility that will catalyse the growth and development we desire for our continent.”