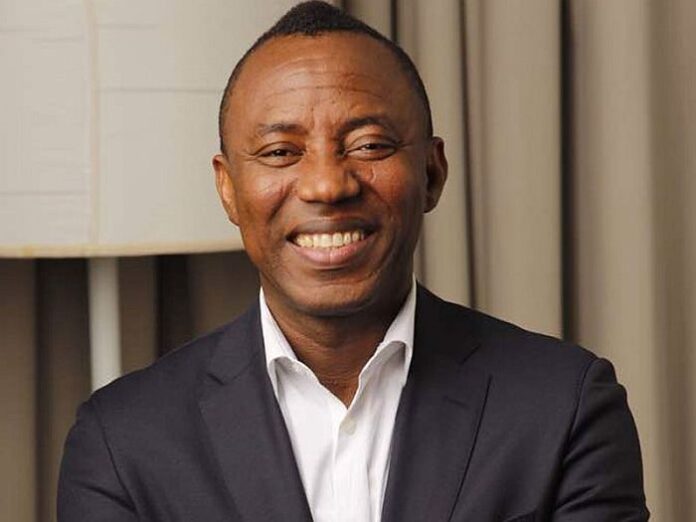 The presidential candidate of the African Action Congress, Omoyele Sowore, has said that the Independent National Electoral Commission cannot be trusted to conduct a free and fair election in Nigeria.

Fielding questions on Wednesday at ‘The Roundtable’, a programme organised by PUNCH Newspapers, Sowore said Nigerians were expecting elections to be held but could not force INEC to hold an election.

The publisher of Sahara Reporters alleged that INEC had not been conducting elections in the past, but selections.

He accused INEC of conniving with the government in power every election year to cause confusion in the polity in order to make the electorate lose interest in the election.

“I participated in the 2019 election, and I can say it categorically as I say it everywhere, there was no election in 2019. But this is how it started: I was waiting in my village for the election and INEC just suddenly, on the eve of the election, postponed the election by, I think, two weeks.

“…Some of our colleagues that came from the US, Europe, South Africa to vote, they had to leave. And this was not a small number. I’m not saying the number…would have made me win the election, but the moment that election was postponed, people had doubts as to whether the election would (be held) again and they lost interest.

“In 2015, election was also postponed for security reasons. Why were they talking about postponing the election when the governor of Borno State said 90 per cent of the state was free from Boko Haram control? If you ask me, it’s not true. But what they are telling you is that 90 per cent of Borno is free for rigging so that they will bring their big numbers from all those fake places where they claim that people are voting whereas there are no people living in those areas.

“Most importantly, it shows that INEC cannot be trusted because INEC is an incompetent electoral body and I have said this for too many times.

He added that he logged in to INEC’s website for the Osun State election results but the website had no capacity to handle the large traffic of people trying to access it and this made it difficult to get timely results.

“What are they going to do during the main election when over 50 million people will be trying to access the website at the same time at home and abroad,” Sowore queried.

“They are not ready. That’s the truth,” he said.

The convener of #RevolutionNow called on Nigerians to demand nothing less than a free and fair election from INEC, adding that, “…we have paid for it already and INEC should not come up with any excuse.”

“You cannot lose what was not held. It’s just like going to the World Cup. There are rules for playing in the World Cup, and the day you want to play the final…only one team shows up, because the other team is held up in the preparation room and then they declare a winner, will you call that a final?” he said.

“I was arrested before I could go to court (to challenge the 2019 election), but I wasn’t interested in going to court because I also understand the judiciary, that they’re all in this together.

“It’s the judiciary that made a person a governor in Imo State that participated in an election and was number four,” Sowore added.

The former student union president of the University of Lagos said Nigerians expected an election and not a selection, adding that if the government did not give Nigerians what they wanted, it should not be surprised at the outcome.

Speaking about the 2007 election, Sowore said, “What we want is an election, but we cannot force them (INEC) to conduct an election… The election of President Umar Yar’Adua was a selection. Even he (Yar’Adua) came out to say that the election that produced him was not the type of election that should produce a leader.”

Asked why he was participating in a system he did not believe in, the AAC presidential candidate said it was his right and choice to participate.