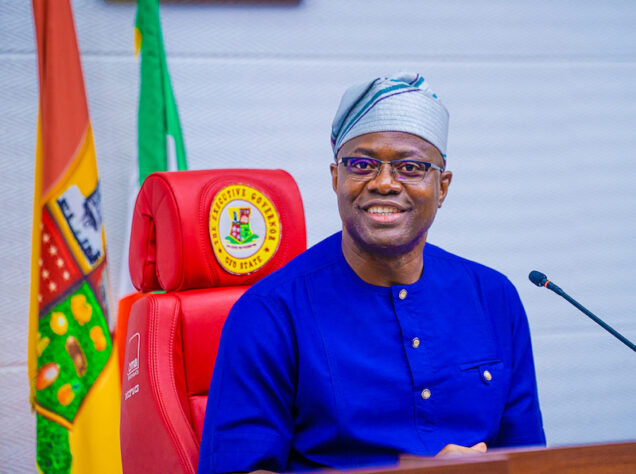 The All Progressives Congress (APC) chapter in Oyo state demanded on Wednesday that Governor Seyi Makinde immediately resign from office in order to keep the pledge he made in April of this year.

The governor allegedly made the promise when news of the allegations of fraud surrounding the awarding of contracts for the production of exercise books intended for use by public school students in the state was published by a private organization, according to a statement released by the party’s publicity secretary, Olawale Sadare, yesterday.

An Abuja-based media research and data analytics organisation, Dataphyte, had in March, accused the Makinde administration of violating its procurement law in the award of contract worth N998 million in favour of companies linked to him and his cronies.

But the governor, on April 3, faulted the reports, denying any wrongdoing and threatening to resign from office as governor of the state if found culpable after investigation.

The state government also went ahead a few days later to undertake similar award of contract worth N694 million with a view to producing and supplying another batch of exercise books.

However, piqued by the development, the main opposition party in the state, has taken the matter up with Makinde, describing him as the most corrupt governor in the history of the state.

The party maintained that Dataphyte only discovered one out of several cases of fund misappropriation under the 41 month-old government of the PDP in the state.

The statement read: “What the governor did on April 3 was to divert the attention of the whole world away from the sleaze. He vowed to resign from office if found wanting, when he knew no investigation would be done immediately.

“This was the same man, who had earlier dragged the EFCC to court for carrying out a lawful investigation of a case of fraud under his watch as the governor of Oyo State and with that step, he feels he has obtained the full liberty to be reckless with the state treasury.

“Governor Makinde neither debunked the allegation by Dataphyte that he paid N2,100 for each exercise book to be produced nor denied the discovery that the beneficiaries of the fraudulent contracts were companies linked to him and his cronies, including an Ibadan-based private radio station proprietor, who is also a promoter of the PDP and Governor Seyi Makinde.”