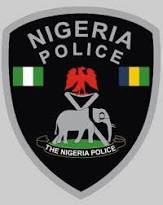 Police spokesperson in the state, SP Yemisi Opalola, said the kidnapped persons were rescued at about 9 p.m. on Wednesday.

“The Police Command in Osun have rescued the two Chinese miners, Zhao Jian, 33 and Wen, 50, who were kidnapped on April 5, at a gold mining site in Ifewara, Osun.

“It will be recalled that the state Commissioner of Police, Olawale Olokode, drafted a combined reinforcement of Police Tactical units, JTF, and other security outfits to search and rescue the kidnapped persons.

“It is with great delight to inform members of the public that the kidnapped Chinese nationals were rescued at about 9 p.m. yesterday (Wednesday) unhurt.

“Meanwhile, efforts are ongoing to arrest their kidnappers,” he said.

Opalola added that the CP enjoined members of the public to support, co-operate, and collaborate with the police in fighting crime, so as to bring it to the barest minimum.

“Members of the public are called upon to always provide the police with credible and prompt information, as this will always help in forestalling future incidents,” he said. (NAN)