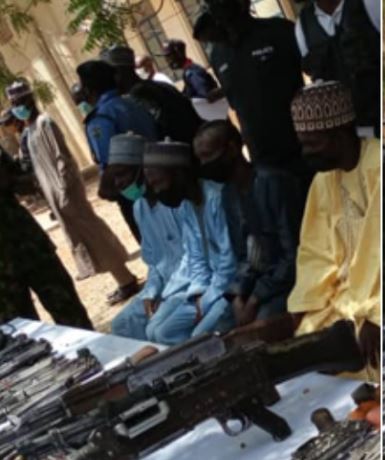 Four amongst leaders of bandits in Katsina state have denounced membership of the group and have surrendered their arms and ammunition to the state government.

At a brief ceremony today April 8, the ex-bandit leaders surrendered 45 rustled cattle, two General Purpose machine guns, 24 AK 47 assault rifles, 109 GMPG ammunition, 95 7.62MM Live Ammunition, among others. It is however not clear if they were granted amnesty by the state government.

Katsina state is one of the worst states affected by the activities of bandits in the country. Last December, bandits kidnapped over 300 pupils from a boys secondary boarding school in Kankara. The boys were released within a week after successful negotiations with the kidnappers.