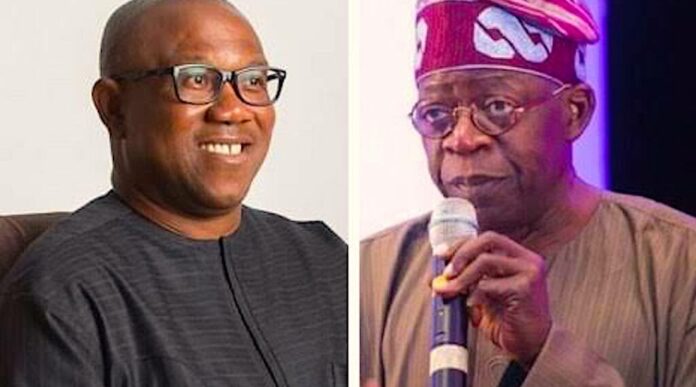 The All Progressives Congress APC Presidential Campaign Council has denounced speculations about the health status of its candidate, Asiwaju Bola Ahmed Tinubu, declaring that he is fit and not withdrawing from the 2023 presidential race.

It particularly took a swipe at the Labour Party LP Presidential Candidate, Mr Peter Obi and his supporters for sponsoring a series of misinformation against Tinubu.

The council said Obi is already planning to launch a fake assassination attempt on his life with his own supporters dressed in APC attires.

Director, Media and Public Affairs and Official Spokesperson of the Council, Festus Keyamo SAN in a statement on Monday in Abuja also accused Obi of making and circulating “an offensive, hate-filled video” in which he accused an amorphous and non-existent “Tinubu’s Group” of spreading a Whatsapp message calling on the Yoruba not to vote for him.

“Peter Obi is not known for faking things unlike Keyamo’s principal”, Obasi stated.

Keyamo who is also the Minister of State, Labour and Employment, said the same way the “Dubai strategy” employee by Mr Obi’s “boss” failed in 2019, the LP candidate “US Strategy” will also fail in 2023.

On Tinubu’s health, the council said; “We also wish to use this medium to debunk the false and misleading posts on various social media handles of supporters of Mr. Peter Obi that Asiwaju Bola Ahmed Tinubu is withdrawing from the race on health grounds.

“This is nothing but a figment of their warped imaginations. Our candidate is strong, healthy and fit enough for the coming campaigns. The opposition will hear loud and clear from him soon”.

“We have in on good authority that part of the ‘US Strategy’ (just like the failed ‘Dubai Strategy’ his former boss and himself adopted in 2019) was to return to the country and spread ethnic hatred amongst the voters and cause chaos, then pose as the victim. They have just kick-started that plot by orchestrating and circulating the said video.

“We find it utterly disgusting, demeaning and insulting to the sensitivities and sensibilities of Nigerians for a Presidential Candidate of the ilk of Peter Obi to make such a video parroting a spurious, unverified and sham message that has the potential of deepening our faultlines as a nation and further promoting ethnic tensions. This is completely unbecoming of a Presidential Candidate that hopes to unite this country. Again, we note that Mr Obi’s latest stunt is consistent with what is now widely perceived as his adoption of hate as a campaign strategy, having consistently failed to rein in his known and identifiable supporters, mostly domiciled on social media, threatening political opponents with violence and death.

“Moreover, here is a man known as a sectional irredentist, with public records showing him expelling Nigerians from a section of the country from Anambra State while he was Governor and has decidedly resorted to the ethnoreligious card in his activities and messaging thus far, now accusing his better off being an ethnic champion. What a supreme irony!”