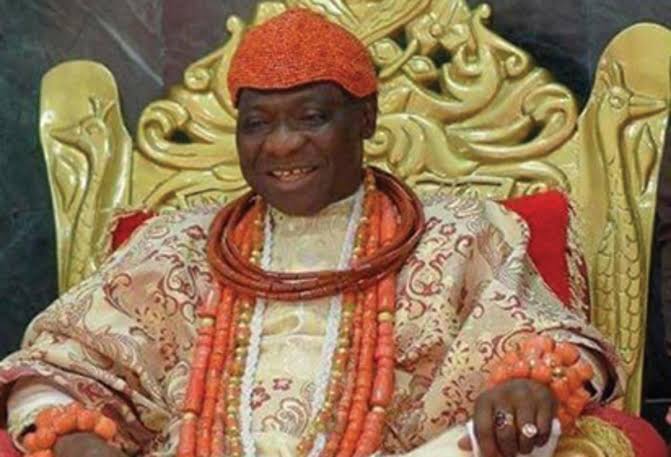 Prince Harrison Jalla, a contender to the Olu of Warri stool, has filed a lawsuit before a Warri High Court in Delta State, asking the court to annul steps taken so far in the process for selection of a candidate to occupy the royal seat.

Prince Jalla, a descendant of Akengbuwa (1), the Olu of Warri who joined his ancestors in 1848 and a member of the sole Ruling House in Itsekiri kingdom known as ‘GINUWA’, brought the suit pursuant to order 38 Rules 1(2) & 2 and order 39 Rule 1 of the High Court of Delta State (Civil Procedure Rules 2009.

Joined as defendants are Prince Emmanuel Okotie-Eboh (for himself and on behalf of the GINUWA 1 Ruling House of Warri Kingdom), Chief Ayiri Emami, the Ologbotsere of Warri Kingdom (for himself and on behalf of the members of the Olu Advisory Council), Prince Oyoewoli Emiko, Prince Shola Emiko, the Executive Governor of Delta, the AttorneyGeneral and Commissioner for Justice and the State Executive Council who were listed as 1, 2, 3, 4, 5, 6,and 7 defendants respectively.

Specifically, the plaintiff has asked the court for an order of interlocutory injunction restraining the 1st and 2nd defendants jointly or severally or their agent, servants from taking any steps , actions, conducts for the purpose of nominating, selecting or electing, screening, installing, coronating and crowning the 3rd or 4th defendant or any other person as the Olu of Warri to the exclusion of himself.

Court document seen indicated that Prince Jalla, aggrieved by nocturnal meetings between some contenders and some kingmakers, had taken out the substantive suit in February, thus forcing the Iyatsere of Warri and acting Chairman of Olu’s Advisory Council, Chief Johnson Amatseunrelgbe, to announce Prince Shola Emiko as the new Olu of Warri on April 4, at a ceremony at Ode-Itsekiri (popularly known as Big Warri) in Warri South Local Government Area of Delta State.

Prince Emiko is the son of Atuwatse 11, the 19th Olu of Warri, and it is the contention of Prince Jalla in documents filed in court that both Prince Oyoewoli Emiko and Prince Shola Emiko are not qualified by their tradition, culture and custom to contest for the throne of Olu of Warri.

Shortly after Chief Amatserunrelegbe announced Prince Shola Emiko as the Olu-designate, Chief Ayiri Emami the Ologbotsere of Warri Kingdom and Chairman Council of Chiefs, disagreed and insisted that the processes of selection have not been followed.

Chief Ayiri Emami is the 2nd Defendant in the suit marked No W/ 46/2021 filed by Prince Harrison Jalla .

In the substantive suit the claimant aver that the 3 defendants is the son of the immediate past Olu of Warri, popularly referred to as “Ikenwoli 1”, who joined his ancestors sometime in December, 2020.

However the 3rd defendant’s mother already had a child for another man before her betrothal and/ or marriage to the defendant’s father who later became the Olu of Warn Kingdom and reigned until he passed on and/or joined his ancestors sometime in December, 2020.

The 4th defendant is the son of a former Olu of Warn, HRM. Ogiame Godwin Toritseju Emiko, popularly referred to as HRM Ogiame Atuwatse (II) who died in the year 2015.

The 4th defendant could not succeed his father due to the fact that his mother is not from either Itsekiri or Edo stock as required by the custom and tradition of Warri Kingdom and/or the relevant Customary Declaration regulating succession to the throne and/ or title of Olu of Warn.

Thus, the line of succession moved to the brother of the 4th defendant’s father (4th defendant’s uncle) HRM Ogiame Ikenwoli Godfrey Emiko (popularly referred to as “Ikenwoli 1”,) as the Olu of Warri sometime in December, 2015.

The claimant avers further that the 3rd defendant is not qualified to be chosen and/ or selected as Olu of Warn by the 1st and 2nd defendants having regards to the custom and traditions of Itsekiri people and/or the Warri Kingdom in that his mother had a child for someone else and/or another man before marrying the 3rd defendant’s father while the 4th defendant is also not qualified to occupy the aforesaid traditional stool in that the 4th defendant’s mother is not biologically from Itsekiri or Edo stock as provided for under the relevant customary declaration aforesaid.

The claimant avers that neither the 3rd defendant nor the 4th defendant is qualified to be selected and installed as the Olu of Warri.

The reason is that, under Itsekiri native law and custom as well as the customary declaration regulating succession to the traditional stool of Olu of Warri, a child whose mother is not from Itsekiri or Edo stock cannot be chosen, selected or elected as the Olu of Warri Kingdom.

Also, a child whose mother already had a child for someone else before marrying his father will not be and cannot be in the line of succession if his father is from the Ruling House and to becomes the Olu of Warri Kingdom and consequently he (the child) cannot succeed his father in the event of his father’s death.

The claimant further avers that by virtue of the customs, traditions, practice and procedure as well as the Declaration of Customary Law Regulating Succession to the Title of Olu of Warri, gazzetted in Bendel State Legal Notice (B.S.L.N) NO. 147, dated 28th day of September, 1979, made pursuant to the Section 8 of the Traditional Rulers and Chiefs Edict 1998, for a person to be qualified and/or aspire to the office of the Olu of Warri, such person/candidate must meet and/or fulfill the following criteria/requirements and/or the following procedures must be followed to the letter.

They include:-(a). He must be an indigene of and/or trace his genealogy to the sole Ruling House in Warri Kingdom known as “GINUWA 1” (b.)

He must be a male child. ( c). He must be of the Olu’s Company i.e. a descendant of the last three Olus also known as “Otolus” with the son of the immediate past Olu as first in line, failing which it goes to a suitable male member of the Otokis provided that brothers are preferred to uncles. (d) The mother of any such candidate must be of Itsekiri or Edo origin. (e). The father of any such candidate must be Itsekiri. (f ).

He must be selected and/or chosen by the GINUWA 1 Ruling House at a meeting summoned by the Ologbotsere and presided over by the Oldest Man in the Ruling House or the Olare-Ebi or Olori-Ebi (meaning Head of Family). (g).

Any such selected candidate must be presented to the Ologbotsere by the oldest man of the ruling house who will in turn present the candidate to the Olu Advisory Council consisting and/or made up of the Ologbotsere, the lyatsere, the Uwangue, the Ojomo, the Oshodi and a maximum of two (2) other Ojoyes (titled noblemen).( h).

At this stage, the Ifa Oracles are consulted and/or their approval of any such candidate is sought. Until the Oracle approves the candidate chosen, the selection process is repeated until a candidate acceptable to the oracle is selected. The decision of the Oracle is final. ( i.)

After the approval of any such candidate by the Olu Advisory Council and the Oracles, the Ologbotsere summons at his residence a meeting of the Ojoyes and there he announces the passing away of the demised Olu and the appointment of a successor who then is presented to the Ojoyes by the Ologbotsere. ( j.)

Thereafter, the Ologbotsere summons a meeting of the Itsekiri National Assembly, i.e. of all Itsekiri people and announces to them the passing away of the demised Olu and the appointment of a successor whom he then presents to them.

The whole process of selection need not take more than two or three days from the demise of an Olu. (k.) Upon the demise of an Olu, and after selection, the Olu-designate participates in the burial rites and ceremonies of the demised Olu, particularly in the performance of the ‘Ikea Rites’ at the royal cemetery at ljala. Failure to perform and complete the burial rites and ceremonies is a bar to the installation of the Olu designate.

Immediately upon interment of the demised Olu, the Olu designate proceeds to the ideniken’ where he remains for a period of three lunar months during which the burial rites and ceremonies are completed. ‘’Otolu” i.e. the Head of the Ruling House acts as the Regent from the time of the announcement of the demise until the installation.( I.)At the end of the period of about three months, the Olu-designate is formally installed by the Ologbotsere in the presence of the general public.

The claimant being a member of the Olu’s Company (Otolu’s) i.e the descendants of the last three Olus is in the line of succession and/or eminently qualified to fill the vacant traditional stool of Olu of Warri.

The claimant avers that as a member of the Olu’s Company (Otolus), he is qualified to be the Olu of Warri and has indicated his interest to participate in the selection process.

The claimant has since his nomination by his immediate family been waiting for the 1st and 2nd defendants to summon a meeting to choose a successor to the traditional stool in accordance with the customs, traditions, practice and procedure of Warri Kingdom, but no general meeting for that purpose has been called till date.

The claimant avers that the 1st and 2nd defendants without summoning a meeting of the sons and/or descendants of GINUWA 1 who are in the line of succession to the traditional stool of the Olu of Warri, have been holding and/or presiding over nocturnal meetings with the 3rd and 4th defendant (to the exclusion of the claimant) with the intention of selecting either of the 3rd and 4th defendants as the next Olu of Warri, in spite of the fact that neither of the duo is qualified to occupy the revered traditional stool.

The 1st and 2nd” defendants have concluded plans to forward the name of either the 3rd ‘ or the 4th defendants who are not qualified to the 5th — 7th defendants for recognition , approval and ultimately issuance of staff of office and instruments of authority as the next Olu of Warri, hence this suit.