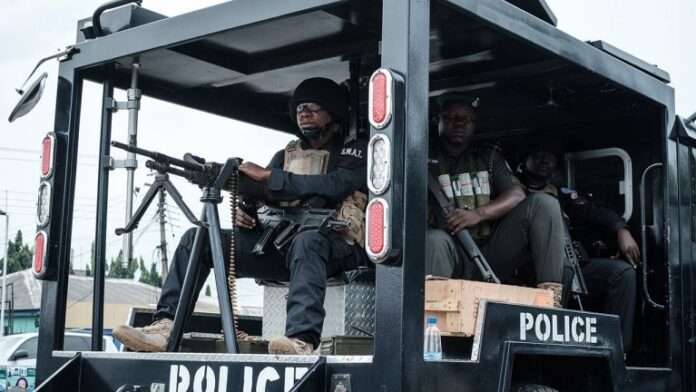 The Police Command in Kano State says it arrested 154 suspects for armed robbery and other crimes in the last three months.

DSP Abdullahi Haruna, the spokesperson for the Command, said this in a statement on Sunday in Kano.

Haruna said the suspects were arrested at different times and locations in various raids conducted under Operation Puff Adder.

Haruna said that the police, on March 20, arrested one Musa Abubakar, 23, who conspired with others at large to attack one Hassan Shariff at Gunduwawa Village on Kano-Hadejia Road.

The suspects, he said, shot the victim on the shoulder, robbed him of his car and other items.

“The suspects carted away with N13.5 million, four smartphones valued at 600 dollars, a laptop computer and other items.

“The following suspects -Musa Ibrahim Ringim, 48, Abdulwahab Ubale, 20, and Sama’ila Bello were arrested in connection with the crime.

“Following the arrest of one Abubakar Musa, 27, along Birnin Gwari and Falgore Forest axis, another notorious kidnapper/armed robber was also arrested in possession of an AK-49 rifle with 59 live ammunition.

“Musa was arrested while trying to establish a kidnapping base in Falgore Forest,” he said.

According to him, the Command has arrested a logistics supplier, who specialised in supplying motorcycles and drugs to bandits in Zamfara.

“Investigation revealed that, so far, the suspect has delivered more than 60 motorcycles to the bandits in Zamfara.

“He has been charged to court,” he said.

Haruna said all the suspects would be charged to court as soon as investigations were concluded.