Liverpool have Completed The Signing of Darwin Nunez for €80 Million 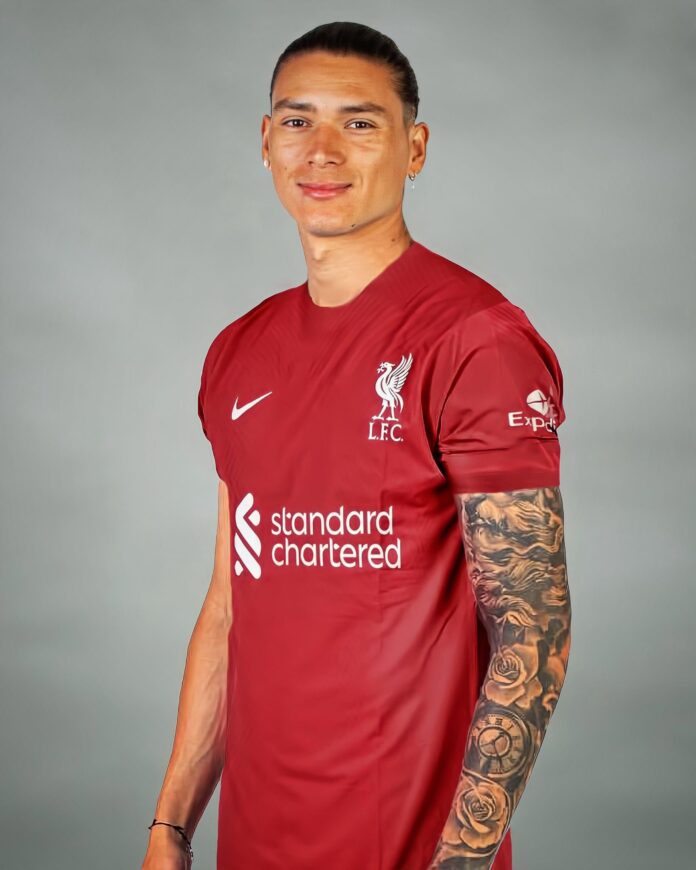 Liverpool have reportedly signed the Uruguayan forward Darwin Nunez for a fee of €80 Million plus €20 Million add ons.

Nunez, 22, scored 34 times in 41 appearances across all competitions for Benfica last season.

He also scored twice against Liverpool as Benfica were beaten 6-4 across two legs by the Reds in the Champions League quarter-finals.

After their second meeting, Liverpool boss Jurgen Klopp predicted Nunez had “a big career ahead of him”, describing him as “physically strong, quick, [and] calm around his finish”.

Premier League rivals Manchester United were also reported to be interested in signing Nunez cost Benfica 24m euros (£20.5m) when he signed from Spanish side Almeria in 2020.

The forward scored six times in 10 Champions League games for Benfica last term, while he managed 26 goals and four assists in 28 league matches.