Kogi Assembly: We are investigating the cause of the fire. 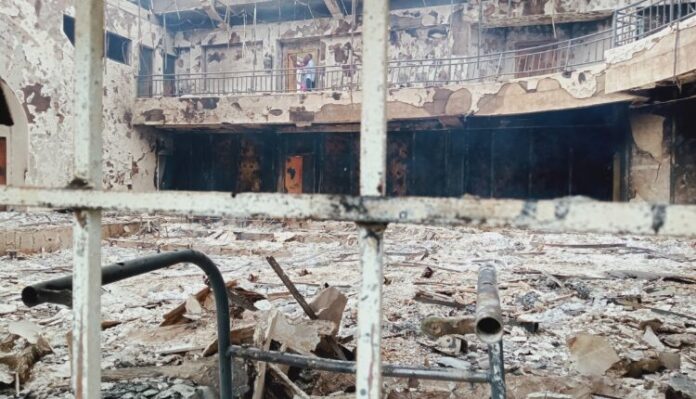 The Kogi State Government has announced that it has started an investigation into the circumstances leading up to the fire that destroyed the state Assembly building.

The blaze that destroyed the Assembly building in Crusher Area, Lokoja, early on Monday morning tore through the chamber’s roof, seriously damaging the floor of the House.

The state’s Commissioner for Information and Communications, Kingsley Fanwo, in a statement, said experts were currently working to unravel the cause.

“This is to inform the people of Kogi State and indeed Nigerians that the Kogi State House of Assembly has been razed down by fire.

The sad occurrence happened in the early hours of Monday October 10, 2022.

“Security and technical experts are currently working hard to unravel the cause (s) of the inferno which has caused significant damage to the complex.

“The state government will inform the general public of findings as they unfold,” the statement read.

The government further urged the general public to be calm, law-abiding and resist the temptation of being lawless, adding that the “government is capable of dealing with the likely outcome of the investigations.”

“The State Government will also make provision for temporary arrangements to ensure legislative business is not completely halted as a result of the unfortunate incident,” the statement concluded.