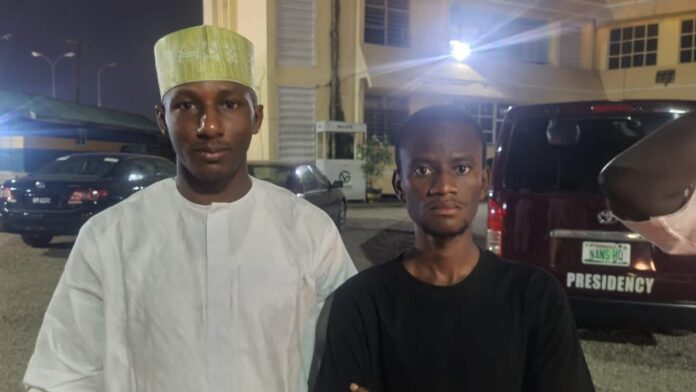 Aminu Ahmed Muhammad, a 23-year-old student of Federal University, Dutse, has been released and handed over to the leadership of the National Association of Nigerian Students (NANS).

The final year student was arrested on 18 November, by state agents believed to be men of the secret police outfit, SSS.

His arrest was ordered by wife of the president, Aisha Buhari over a tweet where he commented that the first lady had become rotund feeding fat on poor people’s money

Muhammad’s tweet, accompanied by a photo of Aisha, loosely translates as “Mama has eaten poor people’s money and is now full”.

He had been arraigned before Justice Yusuf Halilu of the Federal Capital Territory High Court in Maitama, where he pleaded not guilty and was remanded at Suleja prison in Niger State.

But NANS in a press release on December 1 decried Mr Muhammad’s ordeal.

NANS planned to commence its nationwide demonstration on Monday, 5 December, to demand unconditional release of Muhammad.

According to report on Friday, the First Lady had withdrawn her case against the student.