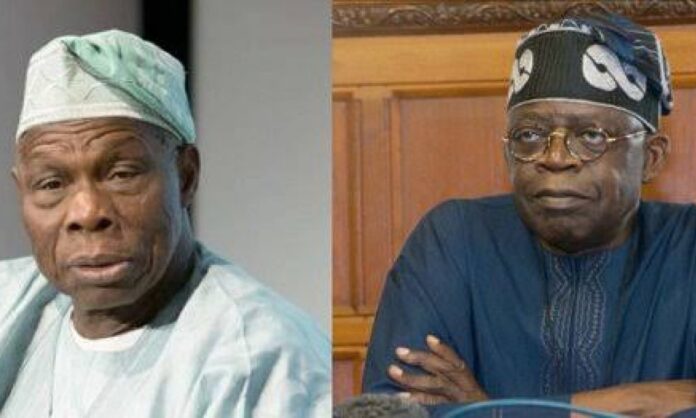 Obasanjo declared that from his experience, only military-trained personnel were good managers of people.

The rebuttal by the ex-Head of State was issued on Sunday by spokesperson, Kehinde Akinyemi.

Obasanjo stated that he could not have made any remark at the expense of his noble military profession.

A viral WhatsApp message by a group, “National Patriots”, claimed that the retired General described Tinubu as a super politician.

“If you are looking for a thoroughbred politician of masters class, visit Lagos Bourdillon,” he was quoted saying.

Obasanjo stressed that only individuals trained by the armed forces had the capability to properly manage men and materials.

“I cannot disparage my noble profession for politics that has no formal training. This is false and fake,” he said.