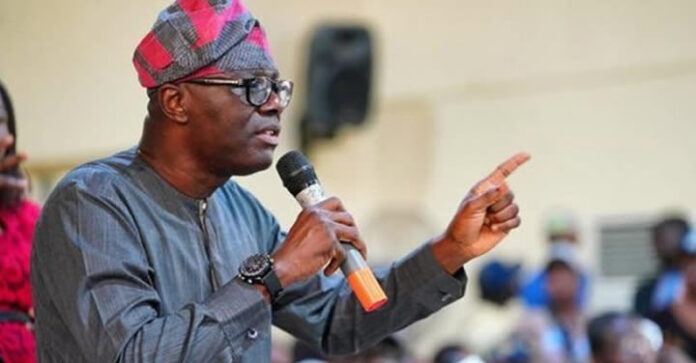 The Governor of Lagos State, Babajide Sanwo-Olu, says state government cannot file for insurance claims on the mass transit buses burnt during the #EndSARS protests in 2020.

He, however, said the government would replace the vehicles.

According to him, the premium paid on the vehicles did not cover what eventually happened to them.

Several government properties especially buses were burnt during the protests.

Sanwo-Olu stated these in an interview on Channels Television which was aired on Sunday.

The governor said, “In fact, we have started the conversation. The interesting thing is that we are working with a local bus manufacturing company and it is going to come with almost the same specification as the ones that were unfortunately destroyed.

“They were insured but insurance will never cover you 100 per cent. These are beyond insurance; they are like natural disaster or events like arson or riots, which are not covered. These are like unforeseen, unexpected incidents.”

The governor noted that the inter-city rail network being constructed by the Federal Government inspired the intra-city project in Lagos.

He said, “For us, it is to seize the opportunity, build the rail infrastructure, go line-in-line with the NRC in some places; we need to build our terminals and sidelines; we need to have a joint communication strategy with them and we need to build overpasses such that we can have intra-city network from Oyingbo to Ebute Meta to Yaba to Jibowu to Mushin to Ikeja to Agege to Ijaiye and finally to Agbado.

“So, while the Federal Government is taking people out of Lagos to other parts of the country, we are keeping our own traffic that is internal to Lagos.”

“We are connecting the entire Lagos also with waterways,” he stated.

The governor also explained that the government did not intended to render operators of the Yellow Buses, popularly referred to as ‘Molue’ and ‘Danfo’, noting that they would partner the government in running the new metro projects.

“We need to collaborate; we need to engage. These are important stakeholders. They have served our citizens; they have served Lagosians for so long in time. They yellow buses have become the paint of Lagos. Let us see how we can remodel them.”