I was already a millionaire @ 18 — Omotola Jalade-Ekehinde 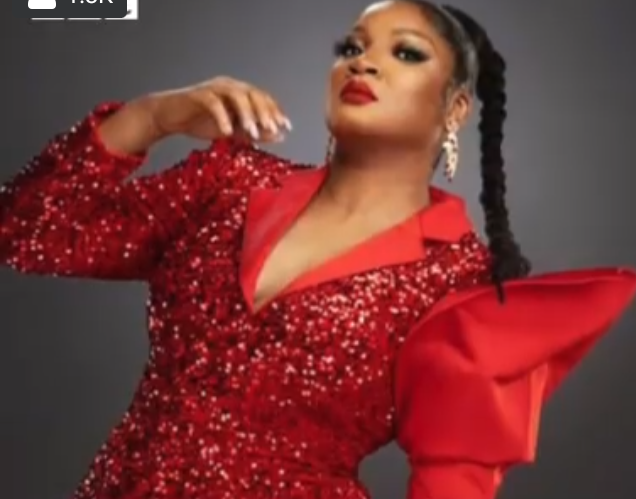 Veteran Nollywood actress, Mrs Omotola Jalade said she married at the age of 18 when she was already matured and had already made her millions.

Jalade said she was already a millionaire when she was 18. She made this revelation in an interview with BBC Yoruba.

“When I left Secondary school my father was already dead, I wanted to help my Mum who was a widow therefore, I was looking for a job.

“That my trademark name is Omotola does not mean anybody cannot bear Omotola. I have had lots of problems from fraudstars who used my name to commit fraud. I did the trademark to protect my name. I had wanted to use Omosexy but government refused to approve it because of the ‘sexy’ that is involved.”

“I still produce films but not as much unlike before when I was younger. I have grown up, I have four children now, my last child who is my fourth is now 18, I can no longer be jumping from one place to the other without having a solid business.”

“Some years ago I decided to have a solid business because the type of work we do now, it is difficult to add any other thing to join it.”

Asked if she encountered any challenges, she said,

“There is no work you do without facing any challenges. Now some ladies used to say Producers usually told them unless they have carnal knowledge with them they would not give them any roles, dont be confused,women have the Nollywood, we have laid the foundation for them to thrive.”

“There is no lady that would come to this Nollywood industry and says she doest have power, you do not have any excuse.”

“If you want to start on your own without involving men, there are women out there that can assist. Women are available to assist, so there is excuse for any lady. Any lady complaining of sexual abuse is not serious.”