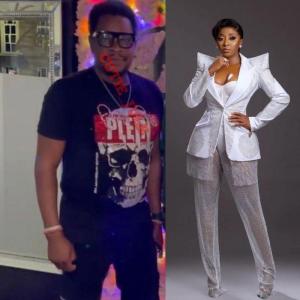 Recent posts by the popular Actress reveals her excitement and fulfilment as a new mother.

There have been reports that Ini Edo has allegedly welcomed her first baby with someone’s hubby.

According to a report by controversial Instagram blogger Cutie Juls, Ini Edo got herself a spe#m doner, a Nigerian man identified as Oga Kome and also hired a woman whose identity is not yet known to carry her baby for her.

Cutie Juls noted that Ini Edo’s generous spe#m donor is a married man with children but he’s currently becoming troublesome because he wants to keep the beautiful actress as his partner but Ini is not interested.

She also added that Ini Edo’s baby daddy allegedly maltreated his wife and got his marriage broken when he hooked up with Ini so he’s currently fighting for Ini Edo although he’s broke..

Meanwhile, Ini Edo is over joyous and can’t hold her happiness all to herself. She wrote on Instagram;

‘I Am The Greater Light… The Light of God… The fire of the Holy Spirit .. God is the Greatest..’