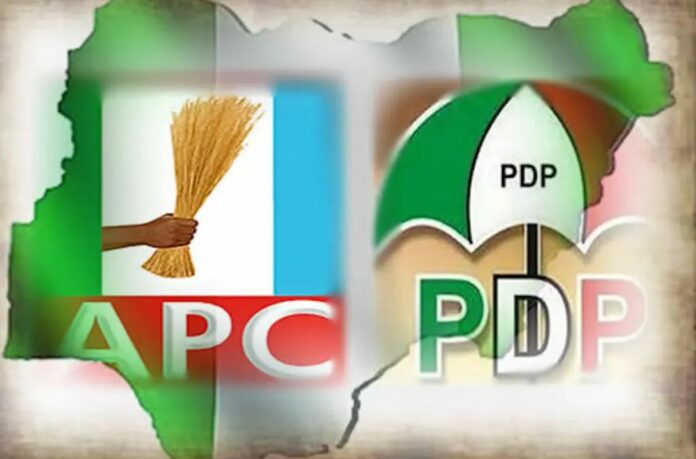 Towards 2023 general election, hundreds of members of the ruling All Progressives Congress in the Ifedore Local Government Area of Ondo State have dumped the party for the opposition Peoples Democratic Party.

The defection, which took place at the PDP secretariat, Igbara-Oke, the headquarters of the council area, on Monday, had leaders of the PDP in the local government and the state in attendance to receive the defectors.

Welcoming the defectors, the local government chairman of the PDP, Chief Dare Owolafe, assured the new members of justice, fairness and equity among members of the PDP, called on others to join the party, describing it as a winning party.

He said, “We are very happy to have APC members in our midst and we believe that it will boost the moral of our great party, it is a welcome development.”

The immediate past chairman of the party, Mr Clement Faboyede, also described the development as a dawn of a new era, saying  the mass defection to the PDP was expected “because we are all living in this country and we know how it is today.”

He said, “We can all see that Nigeria is no longer at ease. Is it in terms of security or education? Our sons and daughters have been at home for the past six months now due to the ASUU strike, it is purely a leadership failure.

“We can’t continue like this. The APC government has failed woefully. When Goodluck Jonathan was there as a president, we knew how the country was and we know how it is today.

“That is why we are saying no to the APC government come 2023 general election. Nigerians should vote out the APC from ward level to the federal level. They have done havoc, they have failed woefully.”

A House of Assembly election candidate of the PDP in the Ifedore Constituency, who also spoke at the event, said the programme was to celebrate “the defectors who have seen that the PDP is the only party that can rescue the country in the forthcoming general election.”

Ayodele, who spoke through one of his aides, Michael Oladapo, said the PDP had a brighter future compared to the ruling APC.

“That is why I will advise those that are defecting from the APC to the PDP to compare and contrast. They should stay and continue doing well because our party have a brighter tomorrow,” he said.