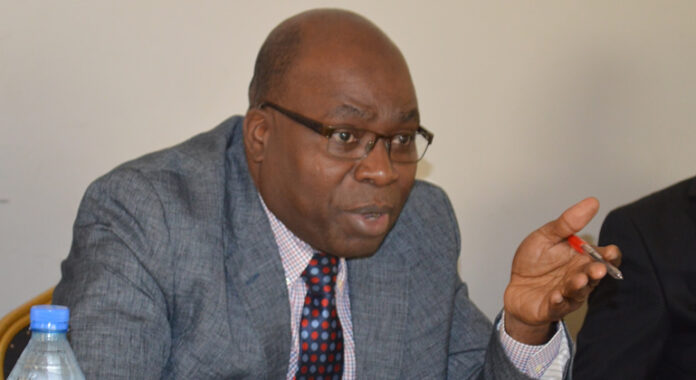 The Chairman of the Independent Corrupt Practices and Other Related Offences Commission, Prof. Bolaji Owasanoye, has revealed that an ex-military chief stole the sum of N4bn from military budget and deposited it into the accounts of two companies where he is the beneficial owner and sole signatory. According to report from punch.

He further stated that the proceeds from the loot were used to purchase properties in Abuja in the names of cronies and proxies of the military chief, and some of the properties paid for by his service were also fraudulently converted to his use.

Owasanoye made this known on Friday during an event tagged, ‘National Policy Dialogue on Corruption and Insecurity in Nigeria’, held at the ICPC headquarters in Abuja.

He noted that research and investigations by the National Security Agency and the ICPC on the issue of insecurity had shown that public sector corruption directly and indirectly enabled insecurity and could sometimes complement it.

He said, “Some former military and security personnel are being investigated by the ICPC and our sister agency (the Economic and Financial Crimes Commission) for embezzlement of funds allocated to security.

“For example, a former head of one of the arms of the military, in the twilight of his tenure, deposited the sum of N4bn from military budget into the accounts of two companies where he is the beneficial owner and sole signatory.

“The proceeds were used to purchase properties in Abuja in the names of cronies and proxies. Some of the properties paid for by his service were also fraudulently converted to his use.

“ICPC’s prosecution of this high ranking officer to recover all the implicated assets was strangely and perversely frustrated by a recently retired High Court judge who decided to forfeit some of the assets to FGN and the rest left to the suspect.

“While the commission has filed a notice of appeal, this strange development aggravates an already bad situation and escalates insecurity and impunity.”

He noted that cases of job racketeering abound in the security sector, disclosing that many of them were under investigation by the ICPC.

Owasanoye said corruption was a major contributory factor to the continued existence and propagation of insecurity in the country.

The ICPC boss lamented Nigeria’s worsening insecurity challenges, noting that the resulting impact on her economy and image had continued to be cause of concern to Nigerians, including the leaders in the three arms of government and anti-corruption practitioners.

He said, “Another case under investigation is theft of part of special intervention fund approved for security operations by some civil servants in the line ministry who transferred about N1bn to four Shell companies.

“A special investigative team under the leadership of NSA and ICPC recovered some of the diverted assets, including state of the art building located in Abuja and over N220m cash. Investigation on this matter is still ongoing.

“In fact, a clinical diagnosis of the insecurity menace in the country reveals that to effectively combat insecurity, we require the collaborative efforts of security agencies (the military, intelligence, police, customs, Prisons, others), as well as law enforcement and anti-corruption agencies.

“There are also ongoing investigations into military contracts spending. Recently, ICPC arrested a military contractor that received over a period of less than 10 years cumulative sum of about N6bn from the Nigerian Army in suspicious circumstances and in violation of extant legislation.

“The commission’s recovery of huge cash sums in local and foreign currencies, luxury cars, customised mobile phones, designer watches, including three Rolexes, as well as property documents from the premises of the contractor, underscore the corruption that often attend military procurement.”

Meanwhile, the Senate President, Ahmed Lawan, on Friday said the marching order given by President Buhari to security agencies to flush out terrorists by December is yielding results.

Lawan said the security situation in the country had improved.

The Senate President added that legislators had continued to support the effort of the government to tackle insecurity in the country, as the National Assembly had ensured that the appropriation for defence and security was strengthened year on year.

“(The) security situation in the country has improved in the last one month. Only recently, the President gave a marching order to the Armed Forces to extinguish bandits, kidnappers and other criminal agents that are against the state and her citizens, by December 2022. This administration is committed to achieving this set target.