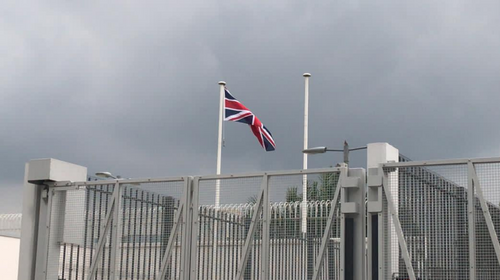 The flags of the United Kingdom on UK government buildings around the world will be raised from 9am September 10 to 1pm September 11 to mark the accession of King Charles III to the throne.

This is stated in a tweet posted to the verified Twitter handle of the British High Commissioner to Nigeria, Catriona Laing, Saturday afternoon, According to Punch

King Charles III was officially proclaimed king on Saturday by the British Accession Council comprising senior politicians, judges and officials amid cheers, trumpets blasts in a historic ceremony that was televised for the first time in centuries.

Clerk of the Council, Richard Tilbrook, proclaimed Charles “King, Head of the Commonwealth, Defender of the Faith”, and declared, “God Save the King”.

The attendants, which included all of the six living ex-British prime ministers, repeated the phrase.

Laing stated in her tweet that the flags will return to half-mast after 1pm on September 11 and remain in that position until 8am on the day after the funeral of Queen Elizabeth II.

The tweet read: “From 9am on 10th September to 1pm on 11th September flags on UK government buildings around the world will be raised to mark the accession of King Charles III to the throne before returning to half-mast until 8am on the day after the funeral of Her Late Majesty Queen Elizabeth II.”