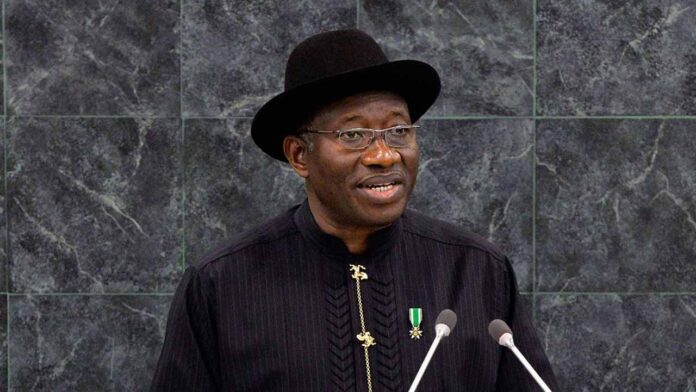 All efforts by the Federal Government and stakeholders to return lecturers back to class has yielded no results….

Former Nigeria President, Goodluck Jonathan has recalled how his administration resolved a four-month old industrial action embarked upon by the Academic Staff Union of Universities (ASUU) in just a single night.

The former president, who spoke on Wednesday, August 31, 2022, in Abuja at the 70th birthday celebration of Matthew Hassan Kukah, said he decided to organize a parley between top government officials and the leadership of the striking lecturers after other methods to resolve the issues failed.

How Jonathan defeated ASUU strike: According to him, his decision to engage the union to resolve the matter amicably, was birthed by the plight of students who were forced to remain at home for four-months.

He said despite his presence and that of his deputy, Namadi Sambo, the Attorney General of the federation, ministers of finance, labour, education and other top officials, the meeting took a whole night.

He said, “The society we are managing is complex, now we are talking about the ASUU strike, during my time too, ASUU had four months of strike, different committees were meeting and meeting and nothing was working. I said how can our children stay out of school for four months? So I had to call a meeting of all the leadership of ASUU.

“And I thought that my being there would help us to do things quickly. But we spent the whole night, before we finished it was like 5:30am, before we concluded and the strike was called off, so there were issues.”

Background: The union had on February 14, 2022, embarked on another strike demanding full implementation of agreements it previously entered into with the government.

All efforts by the Federal Government and stakeholders to return the lecturers back to class has yielded no results.