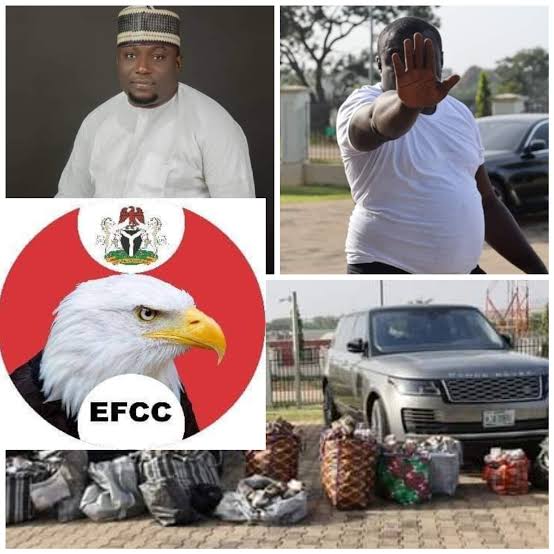 Ismaila Yusuf Atumeyi, a New Nigerian Peoples Party (NNPP), candidate for the Kogi State House of Assembly, has been relocated to Lagos after being detained by the Economic and Financial Crimes Commission (EFCC), in Abuja for a massive bank fraud.

The suspect in the politician/cyberfraud was flown into Lagos in the wee hours of Wednesday to continue the investigation.

Atumeyi was scheduled to undergo questioning at the EFCC’s Lagos Command, according to Wilson Uwujaren, the organization’s head of media and publicity.

The EFCC detained Atumeyi and two other individuals, Joshua Dominic and former bank employee Abdulmalik Salau Femi, for allegedly hacking into a commercial bank’s system and robbing the organization of more than N1.4 billion.

In a statement released on Tuesday, November 1, 2022, the EFCC revealed that it had seized N326 million and $140,500 from Atumeyi during a sting operation in his hideout in Queens Estate, Gwarinpa, Abuja, and $470,000 from Abdulmalik in Lagos.