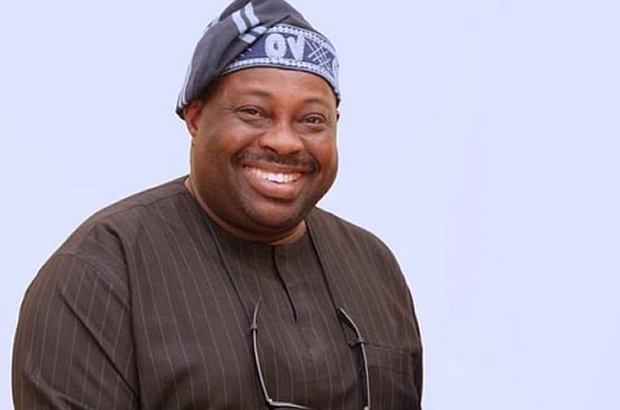 He said those calling on Atiku to unilaterally axe the party’s National Chairman, Iyorchia Ayu, were being unfair to the former Vice President.

Momodu, who is the publisher of Ovation Magazine, made this known on Thursday while featuring on Arise Television’s The Morning Show.

Wike, who lost the presidential ticket to Atiku in the May primaries, has so far refused to be swayed by entreaties to work with Ayu.

On Wednesday morning, Wike camp announced their plan not to participate in the party’s campaign council which was scheduled for inauguration next Wednesday after a meeting at Wike’s private residence in Port Harcourt, Rivers State.

They hinged their decision on the failure of the party’s Chairman, Iyorchia Ayu to resign from office, insisting that the position must come to the South for balance, justice, and equity.

Reacting to the withdrawal from his campaign council on Wednesday, Atiku in a statement he personally signed reiterated his decision not to interfere in the demands of Ayu’s removal.

But speaking on Thursday, Momodu explained that those calling on Atiku to facilitate Ayu’s removal from office know that the party’s flagbearer cannot unilaterally remove Ayu from his position.

He said it was time for those in Wike’s camp to forgive the perceived injustice and work in unison in ensuring the victory of the party.

“It (forgiveness) is nothing new. It is recognised in every religion that when people offend you and come to you – which I think Atiku has done – the rest is within the party and the aggrieved members.

“My own worry is that we seem to the putting so much pressure on Alhaji Atiku Abubakar like he can unilaterally remove the chairman of the party. Even If he (Atiku) should do that, a lot of us will feel vilified. He cannot do it (remove Ayu) and all he can do is speak with Dr. Ayu and we don’t know what is going on between all of them.

“I know nobody will want to be seen in that light. Like anytime Governor Wike says you must go, you must go. It is a psychological thing as well for the party. It doesn’t work that way. Some of these things we have discussed privately with some of our party members and we believe that nobody should attempt to make our candidate look so weak or like someone that just can be pushed around.

“I mean, can I go to Governors Wike’s state and just tell him to go and sack the state’s party chairman? He doesn’t have the power to do so. It can’t happen. So, that is my position.”