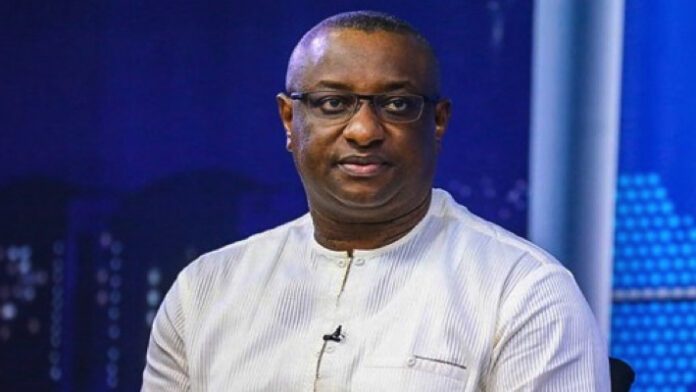 The spokesman for the All Progressives Congress Presidential Campaign Council took the swipe at the PDP late Wednesday in a tweet.

The Minister of State for Labour and Employment, Festus Keyamo, has mocked the Peoples Democratic Party over the crisis rocking the party.

Keyamo said the party had lost control but came every day to say it wanted to rescue Nigeria.

This was coming amid the development that the camp of Governor Nyesom Wike of Rivers State, Wednesday, pulled out of the PDP Presidential Campaign Council, insisting that the National Chairman of the party, Iyorchia Ayu, must resign before they could participate in campaign activities.

Keyamo wondered how the PDP and its presidential candidate, Atiku Abubakar, would rescue the country when they could not resolve the internal crisis rocking the party.

In his tweet, Keyamo said, “The PDP that’s in crises because of its inability to control its billowing umbrella gathers everyday and the first thing you hear them say is that they want to ‘rescue’ Nigeria; like a teenager whose legs cannot find the clutch of a car wanting to drive a trailer! ‘No be juju be that?”

The PDP’s crisis continually deepens as the call for Ayu’s resignation continually caused controversy. Wike and the Governor of Oyo State, Seyi Makinde, have been spearheading this call, with Atiku insisting that Ayu could not be forced to resign.

Atiku, Wednesday, had said, “On the calls for the resignation or removal from office of our national chairman, however, I must reiterate what I have said severally in public and in private; the decision for Dr. Iyorchia Ayu to resign from office is personal to Dr. Ayu and, neither I nor anyone else can make that decision for him.”