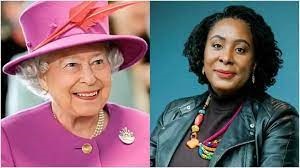 One of the knowledgeable and accomplished Nigerian academics who teaches at Carnegie Mellon University has been in the center of the controversy over the tweet she made which was later deleted before the passing away of the 96 years old Queen of England, Elizabeth. Her statement that she wished the longest-serving monarch an ‘excruciating’ death while  she was under medical care at Balmoral Castle in Scotland got the attention of a lot of people including Jeff Bezos, who also criticized her tweet.

The board of the university where she teaches, however, recently published a statement in which it expressed its disapproval of Uju Anya’s tweet and its condemnation. They made it known that her words don’t align with the school’s reputation and core principles.

Uju Anya, however, has not retracted what she previously said and has maintained her position, claiming that the “impact of colonization are shocking” on many individuals who favor the British monarchy.