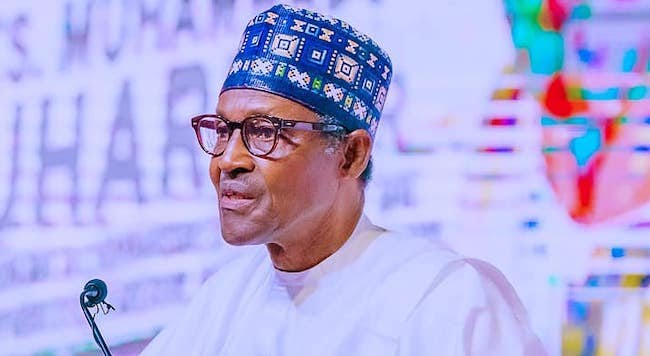 The President, Muhammadu Buhari, on Monday in Washington DC, sought the United States’ support to achieve Nigeria’s Energy Transition Plan which, he said, requires at least N10bn/year to finance.

This was as he argued that Nigeria became the first African country to develop a detailed Energy Transition Plan to tackle both energy poverty and climate change.

He also reaffirmed the federal government’s commitment to generating 30 Gigawatts of energy by 2030.

“Consequently, the $10bn per year target of our Energy Transition Plan represents a significant scaling of current investment flows and we need support from the U.S. to mobilize the needed resources,” Buhari told world leaders during the discussion panel on Just Energy Transition at the ongoing US-Africa Leaders Summit in DC.

Senior Special Assistant to the President on Media and Publicity, Garba Shehu, disclosed this in a statement signed late Tuesday, titled At US-Africa leaders’ summit in Washington, President Buhari restates energy target of 30 gigawatts by 2030.

While outlining the comprehensive Energy Transition Plan unfolded by his regime administration in response to climate change, Buhari said, “As part of the National Renewable Energy and Energy Efficiency Policy, we set the vision 30:30:30 which aims at achieving 30GW of electricity by 2030 with renewable energy contributing 30 per cent of the energy mix.

“Last year, Nigeria became the first African country to develop a detailed Energy Transition Plan to tackle both energy poverty and climate change, and deliver SDG7 by 2030 and net-zero by 2060.

“Our Federal Executive Council approved the plan earlier this year and adopted it as a national policy. As part of the plan, we intend to completely eliminate the use of petrol/diesel generators by 2060 and therefore need to deploy renewables, particularly solar, at an unprecedented scale. For instance, the Energy Transition Plan requires that 5.3 GW of Solar be deployed annually until 2060 to achieve our targets.”

The President stressed that the Nigerian government has embarked on several reforms, one of the best in Africa, on mini-grid regulations as well as the integration of renewable energy into the national grid.

He also revealed some of the reforms which have positively impacted Nigeria’s energy sector to include the Zungeru hydropower project which he said is “will add 700MegaWatts in capacity to the grid.”

“Our aggressive power sector reforms have resulted in cost-reflective tariffs in the power sector for the first time since privatization.

“Under the Nigeria Electrification Project, over 4 million people have been impacted through solar mini-grids and solar stand-alone systems. With respect to hydro, the Zungeru hydropower project is nearing completion and will add 700MW in capacity to the grid.”

According to him, analysis show that delivering the Energy Transition Plan requires $1.9tn spending up to 2060, including $410bn above business-as-usual spending.

This additional financing requirement, he explained, translates to a $10bn investment needed per annum.

“Consequently, the $10bn per year target of our Energy Transition Plan represents a significant scaling of current investment flows and we need support from the U.S. to mobilize the needed resources” Buhari declared.

He added that, for African countries, the cost of finance and perceived investment risk remains significantly higher than for developed economies despite vast improvements in stability and governance.

He argued that the Nigeria Energy Transition Plan and the net-zero compliant investment pipeline the FG has developed is prime for a just energy transition partnership like the one offered to South Africa and, more recently, Indonesia.

“Nigeria too seeeks support from the US to be included in the G7’s Climate Partnerships List for the co-creation of a Just Energy Transition Partnership,” he noted.

Buhari also called on US businessmen and the global community to tap into the innovation and potential returns in Nigeria’s enormous market which is yet to be fully optimised.