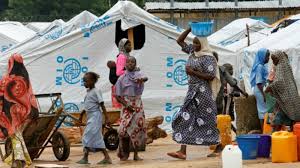 In a statement signed by the Press Secretary to the Speaker, Mr Wuese Orshi, in Makurdi on Wednesday he described the attack as uncivilised and barbaric.

The speaker said that he was horrified by the senseless attack on people who were already forcibly evicted from their villages.

“For God’s sake these people were fleeing violence perpetrated by armed herdsmen only to be stripped of safety again after they just found refuge elsewhere,” Uba said.

The speaker said that such attack threatened the unity of the country.

He said that no sane leader would sit and watch his people being lynched daily in cold blood.

He promised to continue to support any lawful move by Gov. Samuel Ortom toward permanently ending the senseless killing of innocent Benue farmers.

Uba also called on the Federal Government to step up the protection of innocent people by ensuring that perpetrators of such heinous attack on the IDPs were arrested and punished to serve as a deterrent to others. (NAN)