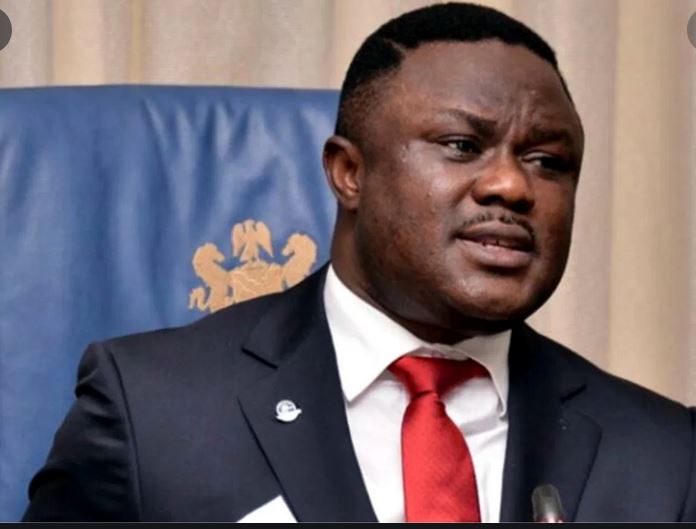 Governor Ben Ayade of Cross River State on Wednesday took delivery of the second aircraft, Boeing 737, at the Murtala Mohammed International Airport, Lagos to enable the state to kick-off its proposed commercial airline which is codenamed Cally Air.

The arrival of the Boeing 737 aircraft is coming barely three weeks after the first one was received on April 6, 2021 to boost the state tourism sector.

On ground to receive the second aircraft at Arik Air hanger in Lagos were the trio of the state Commissioner for Finance, Auquo Ekpeyong Jr., Director-General of Due Process, Alphonsus Ogar, and Director-General, Bureau of Public Private Partnership, Udiba Udiba.

The two Boeing 737 aircraft have a capacity of 142 and 144 passengers respectively.

Ayade while announcing the floating of Cally Air, early this year, had decried the prohibitive air transport cost in the country, particularly the Lagos-Calabar and Calabar-Abuja routes, querying why “a passenger would pay over N70,000 to fly to Calabar? The route to Calabar either from Lagos or Abuja is the most expensive in Nigeria.”

The governor explained that the outrageous charges were due to “the fact that there is no corresponding surplus of airlines coming into Calabar. So it is the responsibility of government to respond to the challenge of our people, recognizing that they are being extorted as a result of monopoly.”

He said he created the Ministry of Aviation to bring into realisation the birth of Cally Airline, including the construction of an airport in Obudu to support the patronage of international tourists coming to Obudu cattle ranch.

“We need to take advantage of the massive climatic condition suitable for the growth of ornamental plants for export in Obudu cattle ranch,” he said

Additionally, the governor said: “it would increase the state Internally Generated Revenue and also generate employment opportunities for teaming unemployed youths in the state.”