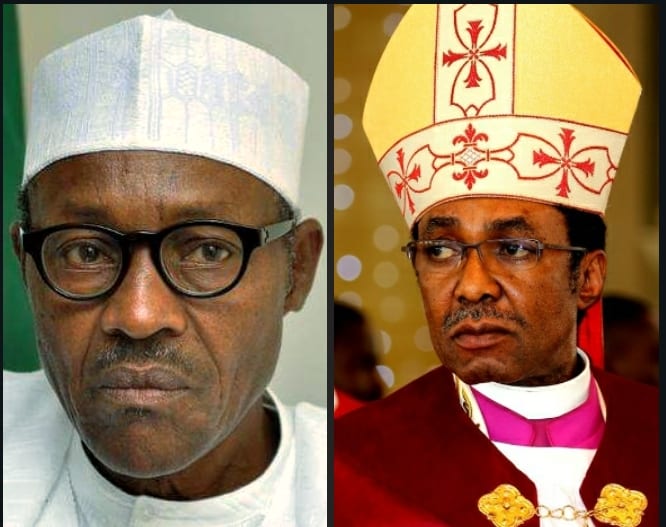 The Archbishop of Enugu Eccleciastical Province, Anglican Communion, Most Rev. Emmanuel Chukwuma, on Wednesday, asked the administration of President Muhammadu Buhari to leave the Government.

Archbishop Chukwuma, at a press briefing to mark his 31st Episcopal ordination, said Buhari Government should step aside if it cannot pull the country out of the present security quagmire.

He said Nigerians had lost total confidence in Buhari’s administration and for that he should consider stepping aside to avoid pushing the country into a coup situation.

Lamenting the endless security challenges and killings across the country, he declared: “we are calling on the Government to declare security emergency because things have got out of hand and if they can’t do something about it, let them leave the Government.

“They should not move this country to coup situation.”

He added that, “the Federal Government under Buhari has failed the nation, and we have no confidence any more on them.

“If it is not done, I predict a revolution and it will be such that even the high and mighty will have no hiding place.”

The Archbishop described the present National Assembly as the worst in the history of the country.