Barcelona fullback Dest could be frozen out for six months. 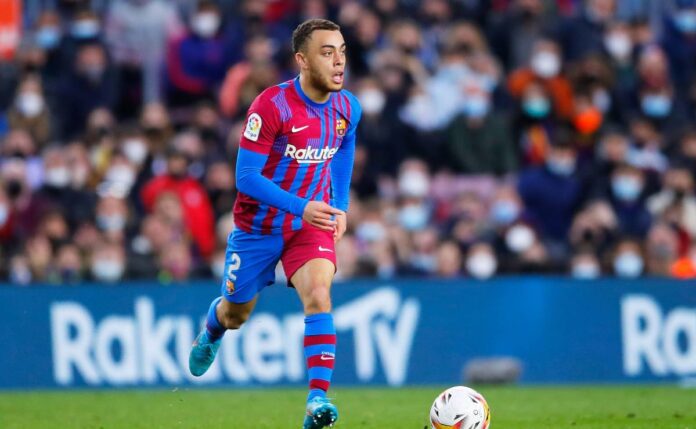 Barcelona have been heavily preoccupied with the transfer negotiations of Pierre-Emerick Aubameyang and Memphis Depay.

The two strikers are expected to depart Camp Nou by the end of the month, which could go a long way in helping Barça balance the books and most importantly, register their latest signing Jules Kounde.

However, while Depay and Aubameyang’s talks are progressing well, Sergino Dest is struggling to find his way out of Camp Nou.

The American international has fallen out of favour under Xavi due to his lack of consistency and tactical incompatibility. It has compelled the Barcelona management to put him up for sale late in the transfer market.

According to Janathan Shrager, Manchester United, one of few clubs eyeing a move for Dest this month, are yet to even submit an offer to the Barcelona right-back.

In fact, the Catalans have received not even a single offer for Dest so far and there is a possibility he could remain at Camp Nou. It will not be surprising to see him being frozen out of the team for the next five months.

There is no secret that Xavi is not a great fan of Dest. The Barcelona coach is unhappy with the progress the youngster has made since joining from Ajax and wants him out of the club as soon as possible.

Amid speculations linking Juan Foyth to a move to Barça, Xavi could be in a position to freeze Dest out of the team until the January transfer window, when he is likely to move away from Camp Nou.

However, it is imperative that Barcelona find a way to sell Dest in the ongoing summer transfer window as his departure could go a long way in helping the club fund a move for Foyth. Hence, it will be interesting to see how things transpire in the coming days.