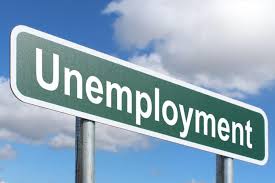 Nigeria, Africa’s biggest economy, is also one of its sickest, Bloomberg has said.

“Nigeria, home to the world’s largest number of extremely poor people, looks set to break another record: the highest jobless rate,” it added.

A third of the country’s labour force is without employment or working only a few hours a week — second only to Namibia in the list of 82 countries tracked by Bloomberg.

But that is just one of Nigeria’s economic challenges, according to the report by the international news platform.

The report said, “The country has had two recessions in the last five years, inflation is at a near four-year high, insecurity in the north of the country is rife and getting worse and attempts to diversify the economy away from oil have largely failed.

“That’s a problem in a world moving inexorably away from fossil fuels.

“For now, the jobless rate is possibly President Muhammadu Buhari’s biggest problem. Unemployment has more than quadrupled over five years and the World Bank was warning even before the coronavirus pandemic began that Nigeria could become home to a quarter of the world’s destitute within a decade.”

The President, it said, had tried to stem the decline “but the measures have had limited success.”

It added, “The government sought to slash import bills by imposing restrictions on what goods can be brought into the country, allowed the naira to weaken and tried to do away with a fuel subsidy.

“The level of unemployment must be addressed swiftly to moderate the restiveness among the populace,” Bloomberg quoted Emefiele to have said this week.

“That discontent was demonstrated last year when protests against police brutality morphed into demonstrations about everything from insecurity to youth unemployment that brought the country’s biggest cities to a halt,” it noted