Access Bank says it has acquired regulatory approval for its proposed acquisition of Grobank Limited, a South African bank 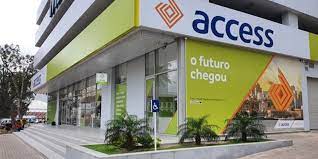 Access Bank says it has acquired regulatory approval for its proposed acquisition of Grobank Limited, a South African bank.

This was announced in a statement signed by Sunday Ekwochi, the company secretary, on Friday.

Grobank, formerly known as South African Bank of Athens, is a financial firm committed to supporting the food and agriculture value chain in South Africa and the African continent at large.

In September, Access Bank said it received the “approval in principle” of the Central Bank of Nigeria (CBN) to restructure into a holding company.

The bank also announced a definitive agreement with GroCapital Holdings to invest in Grobank Limited over two tranches.

Ekwochi said Access Bank has received the approvals of both South African and Nigerian regulatory authorities for its proposed acquisition of Grobank.

He said the development is a significant milestone in the transaction, which is expected to be completed in the second quarter of 2021

The company’s secretary quoted Herbert Wigwe, chief executive officer of Access Bank, as saying the approval is in line with the company’s vision of becoming the most respected bank out of Africa.

“Today’s announcement represents significant progress in delivering on our strategic intent of becoming Africa’s Gateway to the World in pursuit of our vision to be the World’s Most Respected African Bank,” he said.

“Our presence in South Africa will no doubt accelerate the attainment of our goal of delivering our More than Banking promise to 100 million unique customers across the continent. It will also build on our existing foundation and deliver enhanced value to our shareholders, employees and other stakeholders.”