Alaafin’s Wives Can Remarry If … – Elebuibon 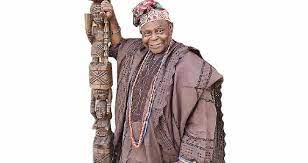 The Alaafin of Oyo, Lamidi Adeyemi III’s passing, has been described as a significant loss to the entire Yoruba race.

The monarch’s death has caused quite a stir on social media, just as many have wondered what would become of his wives.

However, some Nigerians have taken to social media to raise their concerns about the fate of the numerous wives of the late monarch.

Ifayemi Elebuibon, an Ifa priest, in an interview on Monday, spoke about the position of the Yoruba tradition regarding the fate of the late monarch’s wives.

Mr Elebuibon, based in Oyo State, said the queens could either remarry after the late king’s burial rites or remain in the palace where the new king would inherit them as his wives.

He said: “At present, they will be mourning the departure of their husband. After the ceremonies of the right of passage, those who wished to stay back in the palace can stay, the new oba will come and take care of them, and those who wish to remarry can go and remarry.”

“The new monarch would inherit them as part of his inheritance to the throne,” he said.

He explained that the wives of the Alaafin could only remarry after fulfilling traditional sacred rites of atonements and disassociating themselves from the palace.

They are not allowed to marry any member of the royal family or ruling branch.

The Ifa priest also said the traditional burial ceremony and rites of the late monarch have since commenced.

“It is the third day already, and every day comes with its traditional rites and rituals. The ritual would last for three weeks or three months,” he said.

Further explaining the roles the king’s wives play during the burial rites, Mr Elebuibon, who is also a historian, said the Oloris are supposed to be indoors, away from the eyes of the people, until the traditional burial rites are entirely over.

“After the rites and rituals are concluded, the queens would decide their fate; remarry or remain in the palace and become a bride to the new king.

According to the Ifa devotee, everything in the palace belongs to the new king when he assumes the throne, the wives and properties alike.

In November 2021, the latter, Olori Damilola, tendered a public apology to the monarch on her official Instagram account.

The mother-of-one walked out of her marriage shortly after her co-queen, Aanu, left in November 2020.