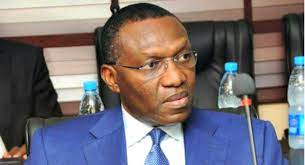 The Supreme Court on Tuesday voided the participation of the All Progressives Congress (APC) candidate in the November 6, 2021 governorship election in Anambra State, Andy Uba.

The apex court upheld the verdict of the Appeal Court which on February 23 affirmed the ruling of the lower court on the APC governorship primary in the state.

Justice Inyang Ekwo of the Federal High Court, Abuja, had in a ruling on an application filed by a governorship aspirant in Anambra State, George Moghalu, in December last year held that Uba was not the duly elected candidate of APC for the election.

The politician, according to the judge, was a product of illegal primary conducted by the party.

He declared that all votes recorded in favour of Uba and APC by the Independent National Electoral Commission (INEC) were unlawful votes and should be expunged from the commission’s record.

At Tuesday’s proceedings, a five-man panel of the Supreme Court quashed the APC primary election that produced Ubah.

The apex court held that the party breached its own guidelines for the conduct of the primary election and described the exercise as null and void.

Ekwo held that since the election was conducted illegally, the APC cannot be a beneficiary of the governorship poll which produced the All Progressive Grand Alliance (APGA) candidate Prof. Charles Soludo as the winner.