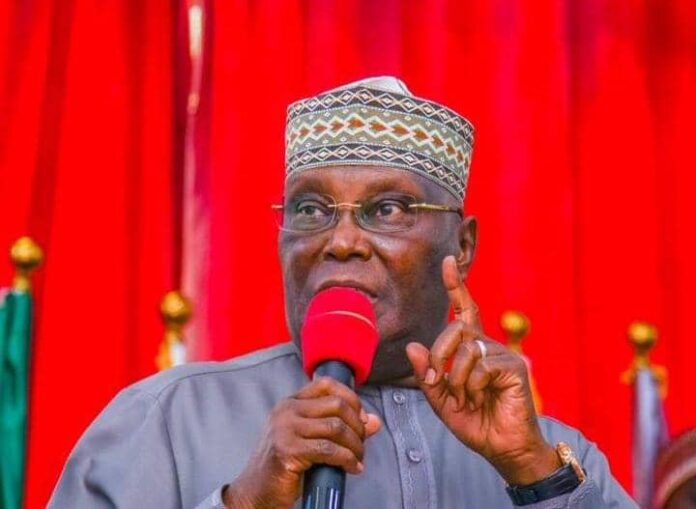 The Peoples Democratic Party (PDP) presidential candidate, Atiku Abubakar, said he picked Delta State Governor, Ifeanyi Arthur Okowa as his running mate because he has the qualities to be President.

Waziri Adamawa, who stated this on Thursday when he unveiled Okowa as his running mate, said the Delta State Governor symbolizes the imperative of reuniting the country.

Explaining how he arrived at the decision, the former Vice President said, “I held wide consultations with various stakeholders in our party including our Governors, National Working Committee, Board of Trustees, and other leaders to seek their inputs and their wisdom.

He stressed “In these consultations, I made clear that my running mate would have the potential to succeed me at a moment’s notice, that is, a President-in-waiting.

“In other words, the person must have the qualities to be president. The person must have an appreciation of the deep rot which our country has been put into by the rudderless APC government; understands the great suffering that most of our people are going through and the urgency of relieving them of that suffering; understand the critical importance of economic growth and development to provide our young people with jobs, hope, and a pathway to wealth.

“The person must appreciate the critical importance of education in the development of modern societies so we can prepare our young people to be able to compete in the increasingly competitive and globalized world.

“My running mate must understand that without security, the development will be very difficult because local and foreign investors who have been scared away already, would not return to invest in our economy. Thus, my running mate will be a person who will stand by me as I confront the frightening level of insecurity in our land.

“Today in Nigeria, we face huge challenges which leave us little room for drama. We have to win the elections and get to work immediately. My running mate has to be ready to start working with me, from day one, in addressing our country’s challenges. Nigerians will not accept anything less”.

However, he acknowledged that the process was not an easy task.

Okowa expressed hopes that the PDP Government will begin the rebuilding process of the nation right from May 29 2023.

He said “Mr President-in-waiting, I must truly thank you for finding me worthy to be on this ticket. I do know that it was a very tough decision, even as you have spoken this afternoon. But I thank God that amongst my very qualified colleagues, even those more qualified than myself, I found favour and I’m here today as the vice presidential candidate of the party.

“While thanking you, I do understand that it’s a great work that is ahead of us. By the special grace of God, we will work hard to ensure victory for the party. There is no doubt that there is great work ahead of every one of us. The building back process is going to be collective and we’re trusting that all of our team members will want to be part of that story at the end of the day.

“The story which will obviously be positive and will yield positive results will require that each one of us must support our principle as we move forth in the next few months and that at the end, we will win the elections with a landslide victory”.