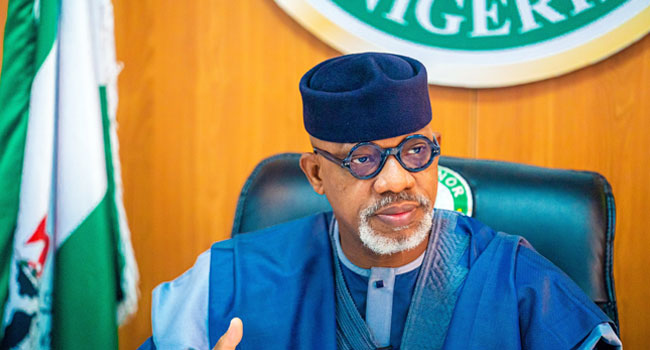 Avowedly, Nigeria is undoubtedly a country with lax legislation regarding its labour policy. The country also comes across as one too docile to fight for the welfare of beleaguered workers exposed to dehumanising conditions of service in their workplaces. And to make matters worse, several promises made by the authorities to address the ills, to this day, remain a pipedream.

There seems to be an unwritten code among a great many Nigerian workers that so-called foreign employers of labour, notably Asians, are at the top rung on the ladder of those they (workers) hold culpable for their shabby treatment.

This experience was recently highlighted and brought to the fore after workers in a paper mill industry in Ogun State, Dahua Paper Company Nigeria Limited, reportedly staged a protest, on September 23, against what they said was the management’s “dehumanising treatment” of them.

The workers, for instance, alleged that they were incessantly discriminated against. They claimed they were not accorded proper healthcare when they were sick, but foreigners there, mainly Chinese nationals, enjoyed ample healthcare.

Concerning poor enumeration, the workers said they were “labouring for peanuts under dehumanising conditions for their foreign employers.”

They alleged that they were paid between N45, 000 and N95, 000 per month as against the Chinese workers who earned between N1.5million and N3.5million per month.

Among other things, they said they endured being “taunted by the Chinese workers for doing so much and earning little,” and bemoaned their fundamental human rights, they insisted were thrown to the wind as their dignity and liberty had been eroded.

Furthermore, belonging to unions was a taboo, as the management frowned against such.

According to the workers, it was the publication of “new and harsher conditions of service” that galvanised them into staging the protest.
In the course of that protest, one worker was allegedly shot and injured by soldiers attached to the company.

After they downed tools over the incident, senior members of staff of Nigerian descent in the company used subtle threats (of sack) and camouflaged coercion to “woo them back to work.” The workers say they are now appealing to stakeholders and rights groups to come to their aid.

When The Point reached out to an official of the company, he insisted we spoke to the company’s lawyer.

Asked to explain what caused the workers’ protest, the lawyer, Kunle Shofola said, “It depends on what you heard and I’ll now be able to give you a version of it. But as far as I am concerned, everything seems to be okay in terms of the workers’ welfare.

“We have nothing to hide. If you visit the factory, you’ll see for yourself what the company is doing for the welfare package of the staff.

“Yes, you may have one or two disgruntled staff trying to incite others, but if you look at the overall…we comply with every rule we are meant to comply with,” Shofola added.

Confronted with the allegation of the management prohibiting workers from belonging to Unions, Shofola said though it was the company’s policy to discourage workers from belonging to Unions, they were, nonetheless, free to belong to one if they chose to. According to him, in spite of the company’s stance, it was paying emoluments “far higher than other industries in the area.”

Continuing, Shofola, who disclosed that former President Olusegun Obasanjo, is a shareholder in the company, stated that personally, he would have jettisoned the services of those who instigated the protest. But he believed people had the right to protest and could express themselves, albeit, the proper way.

“If they want to belong to Unions, let them belong to Unions. We say we don’t want unionism in our company. Then, the salary we are paying, compared with the other industries in the area, is far more. That’s why I said if you get there, you’ll see (for yourself). It’s some disgruntled elements that are inciting them.

“For me, when I heard it (protests), my first reaction was ‘just dispense with their services, they’re inconsequential.’ But at the same time, I just felt that they’re human beings…they have a right to express their views, but it should be done in a proper way.

“I believe that before resorting to that, they should have written to the management. They know me very well that I am a lawyer for the company. And they also know that the company also belongs to….Baba Obasanjo has a share in the company.

“So, they know which channels to take. Instead of doing that…well, if they decide to do that, it’s within their right. Let them do whatever they wish to do. But I’m telling you that in terms of their welfare, they’re well taken care of,” Shofola said.

When told that labour leaders in the country have often argued that the provision of a section of the Labour Act states that workers must belong to Unions, the lawyer disagreed, saying it is optional. Moreover, he said workers in companies with Unions were not always better off than those without Unions.

Shofola also observed that though the company didn’t encourage the existence of unions, it would not terminate the appointment of workers who exercised their rights to join one.

He told our correspondent, “I don’t agree with it that they must belong to Unions. It is optional. What is the purpose of Unions? The purpose of Unions is to take care of the welfare of staff. I know a million and one companies in Nigeria that are not unionised, and their workers are better off than the ones with unions. It doesn’t mean that it is when they join unions that they will get a better deal.

“So, it depends on company policies. We don’t like it, and we tell you so. (But) if you want to join, you can join. We can’t stop them from joining. There are regulations to joining Unions…that’s no problem.

And where we say they cannot join and they go ahead to join, we will not sack them because of that,” he said.

Making a general assessment of the situation, President of the National Union of Printing, Publishing and Paper Products Workers, John Ojela Ushie, told The Point that the blame for the deplorable and exploitative working conditions of Nigerians should be pinned on the government.

According to Ushie, in its quest to woo investors into the country, the government fails to “mind the consequences of what Nigerians would suffer” when such foreigners fail to keep to the tenets of the country’s laws.

He said, “You have seen the situation we found ourselves in Nigeria.

The issue of the exploitation of workers, and enslaving of Nigerian workers is caused by our government.

“Nigeria is a member of the International Labour Organisation, as ratified, and the government knows that we have to ensure that foreigners, who come here to do business, must keep to the tenets of the country’s law.

“Government just wants to woo investors without minding the consequences of what the indigenes will suffer. So, they just come in, and when they open their companies, they enslave our people,” Ushie said.

Speaking further, Ushie, who is also a Director in the Federal Ministry of Information and Culture, said that Nigerians could be in such organisations for five or more years and not get their letters of employment or detailed conditions of service. According to him,
“Because of the hunger and hardship in the country, any young man or woman who has nothing else to survive on, will say ‘let me not lose my job’ and will sit there and become a stooge in their hands,” he noted.

Ushie further stated that because of the government’s inaction, their (labour leaders) fights and picketing of erring companies seem inadequate as new companies “brought in and registered” by the government would continue to exploit workers. He also singled out the Federal Ministry of Labour and Employment as the government institution encouraging impunity.

When told to respond to the allegations about workers not being permitted to belong to Unions, Ushie said such concerned workers should write to his union expressing their interest to become members.

He recounted a similar experience he had with Yaliam Press, Abuja, saying, after a long-drawn-out battle that commenced in 2013, the company is now unionised.

Listing some of the challenges facing workers’ unionism, Ushie says that workers in the management cadre sometimes create problems by fooling younger workers with the threat of sacks if they fraternise with unions.

“The people will then become afraid and they leave them there to suffer,” he said.

Sometimes, too, according to Ushie, the younger workers themselves would say they don’t want Unions and don’t see its usefulness as they were being paid well.

In his overview, Ushie stated that whether it was just three or five of the workers who showed interest and were ready to belong to Unions, he would personally lead the charge to their organisation to effect the necessary changes.