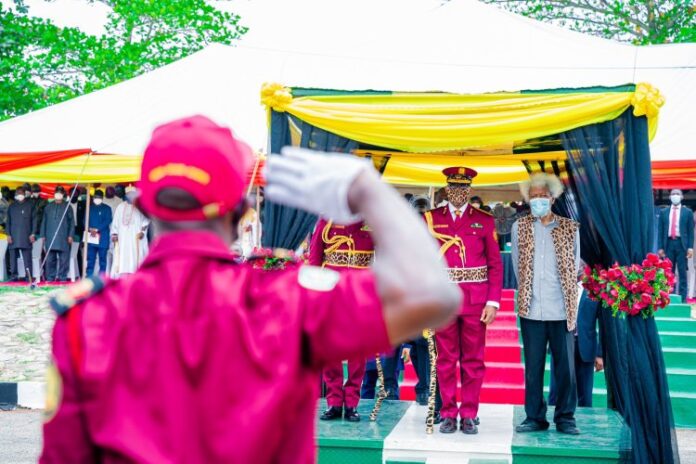 The Nobel Laureate, Wole Soyinka, has been decorated as “Special Marshall” of Operation Amotekun in Ogun State.

Mr Soyinka, a Professor of Comparative Literature and Nobel Prize winner for Literature in 1986, was honoured during the inauguration of the local security outfit on Thursday.

Governor Dapo Abiodun shared the pictures of the event on his official Twitter handle.

I had the honour of inaugurating the indigenous security outfit, AMOTEKUN Corps in Ogun State earlier today. We also commissioned patrol vans and motorcycles.